The series focuses on the HBCU's highly acclaimed band The Marching Storm.

Marching bands at historically Black colleges and universities (HBCUs) are often big draws at football games for students, fans and alumni alike. Prairie View A&M University’s band will be chronicled in a new documentary series on the CW.

March, which premiered Monday, offers in-depth look at the “colorful, boisterous and competitive world of HBCU band culture.” The eight-part series will focus on the members and leaders of the Prairie View A&M University acclaimed marching band, The Marching Storm, as well as its enduring history. 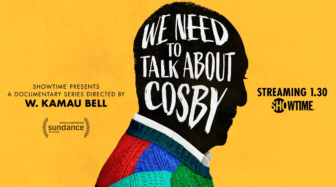 Viewers will get to see the inner workings of The Marching Storm from the perspective of the musicians, drum majors, flag team and dancers as they try to balance their school course loads, maintain a high-grade and work to make The Marching Storm one of the highest-rated HBCU bands in America.

Other HBCU marching bands were in contention to be the featured band of the docuseries. After a process more than two years in the making, Prairie View emerged as the school that would be the focal point of March, according to NBC 2 Click Houston.

Tim Zachery, Prairie View’s director of bands, said that he was pleased to see The Marching Storm triumph against other prestigious HBCU marching bands.

“We rose to the top. As a band and as a staff, we do it better than anybody else,” Zachery said. 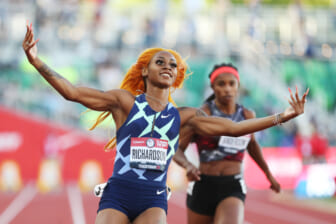 In an HBCU Sports poll of Best Band of the Year, Prairie View A&M was voted only fourth best in 2021. North Carolina A&T’s Blue and Gold Marching Band was voted best with over 50 percent of the vote. Alabama State University and Southern University and A&M College came in second and third place respectively.

March will also show clips of The Marching Storm engaging in some of their captivating performances, including at Prairie View A&M’s homecoming, and against games at Southern University and Texas A&M. The series will also focus on the stories of individual members of the marching band as well.

Among the band members featured in the series are drum major Jalen McCurtis-Henry and dancer Shelbi Durand.

“I’m excited to show the world what the storm brings,” McCurtis-Henry said.