The Duke and Duchess of Sussex are the latest famous voices to call out Spotify and Rogan for promoting COVID-19 misinformation.

The Duke and Duchess of Sussex’s production company, Archewell Audio, signed a $30 million podcast deal with Spotify in December 2020, but faced scrutiny in recent weeks for not churning out any content last year. 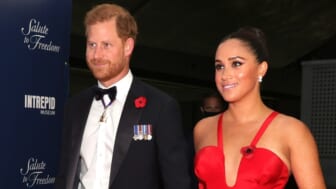 A rep for the couple weighed in on the Rogan controversy over the weekend, telling TMZ that Meghan and Harry have some reservations about Spotify’s alleged role in spreading falsehoods about COVID-19.

“Last April, our co-founders began expressing concerns to our partners at Spotify about the all-too-real consequences of COVID-19 misinformation on its platform,” the spokesperson told TMZ. “We have continued to express our concerns to Spotify to ensure changes to its platform are made to help address this public health crisis. We look to Spotify to meet this moment and are committed to continuing our work together as it does.”

Spotify and Rogan came under fire earlier this month after the UFC color commentator and host of The Joe Rogan Experience podcast interviewed Dr. Robert Malone on his show in an episode that aired on Dec. 31.

Malone has been a prominent skeptic of COVID-19 vaccines, according to multiple sources. In early January, a coalition of hundreds of doctors accused him of “promoting baseless conspiracy theories,” during his Rogan interview.

YouTube took the episode off its platform in early January, according to the Telegraph.

Last week, 1970s rockstar Neil Young forced Spotify to begin pulling his music catalog from its platform after the company refused to stop airing Rogan’s podcast, which has estimated audience size of 11 million listeners per episode, according to the Washington Post. 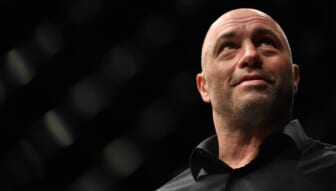 On Firday, singer Joni Mitchell announced plans to join Young in pulling her music from Spotify over the Rogan controversy. Now, Prince Harry and Meghan have joined the fray.

“Since the inception of Archewell, we have worked to address the real-time global misinformation crisis,” the couple’s rep told TMZ. “Hundreds of millions of people are affected by the serious harms of rampant mis- and disinformation every day.”

Spotify did not immediately respond on Sunday to a request for comment from theGrio.