OPINION: Unfortunately, Don Lemon and Michael Eric Dyson’s attempt to correct Rogan’s assertion that the only true Black people are naked, barefoot Africans was useless because Rogan has descended down a rabbit hole from which white boys usually don’t emerge. 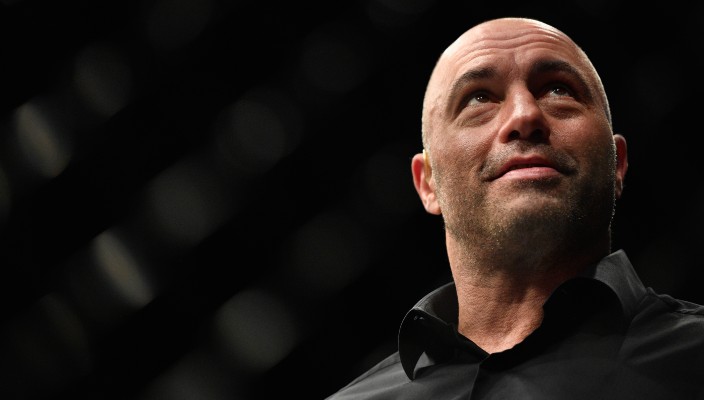 There’s a thing that happens with white boys when—

Hold up. First, let me explain the “white boys” part of this.

While it seems hyperbolic or slur-ish to repeatedly refer to Joe Rogan and his acolytes as “white boys,” in my opinion, understanding that Rogan has a disproportionately young Caucasian audience is a necessary ingredient in understanding his increasingly troublesome propensity to platform white supremacists, anti-vaxxers and people who could care less about the climate, your culture or your cough. That he has curated a multimillion-dollar media empire by appealing to hypermasculine counterculturalists who can take a punch to the face but feel put upon by the prospect of wearing a piece of cloth over their face and having a needle in their arm is not inconsequential. More than any other part of our society, white men are immune to the consequences of their actions. 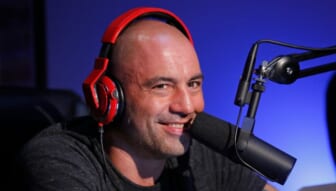 Amid medical experts’ plea to streaming giant Spotify about Rogan’s new title of vaccine misinformation propagandist-in-chief, psychologist Jordan Peterson appeared on Tuesday’s episode of The Joe Rogan Experience where the two experts discussed everything but comedy and psychology, including:

Now back to the “white boys” part of this.

Oftentimes, when white dudes are criticized for saying and doing things they actually said and did, their critics are warned that holding them accountable for their actions might further alienate them or send them further into their cocoon of toxic whiteness. If we refer to white supremacist domestic terrorists as “terrorists,” they might do what white supremacist domestic terrorists do. Instead, we must call it “racial resentment” or “economic anxiety” or the “alt-right.” Anything else might further radicalize them. White insurrectionists are not insurrectionists; they are tourists. (This only applies to white boys. Racially resentful Black people are “thugs” or “terrorists” or “un-American.” Undocumented immigrants are “illegals.” Trans people are “satanic.” Joe Rogan is a “free thinker.”)

While this philosophy is biased, it is actually pretty accurate. Accusing a Republican of being racist often makes them care less about Black issues. It’s why a University of Massachusetts poll recently found that two out of three Republicans believe that “America is in danger of losing its culture and identity” and “the Democratic Party is trying to replace the current electorate with voters from poorer countries around the world.” The Atlantic found 62 percent of white people think America is “too politically correct” and “affirmative action has become so prevalent that white people now face reverse discrimination in hiring.” They are not bothered by racism as much as they are aggrieved by the responses to racism.

We did this to Joe Rogan.

Despite the assertions of Don Lemon, Michael Eric Dyson and most Rogan critics, until recently, Rogan was a pretty liberal, open-minded person whose tragic flaw was that he might have been too intellectually curious (sometimes, without the necessary intellect). He was unafraid to court controversy by publicly exploring polemic topics. But pointing out that people who are less intelligent and lack nuance might be attracted to the positions of his more noxious guests seems to have made Rogan more adamant about giving air to well-spoken dissenters. Now, he’s all in. 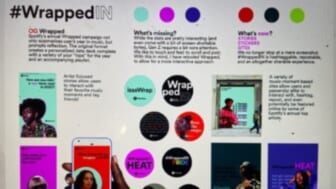 He hasn’t been converted by Peterson, Robert Malone and the handful of edgy white boys who have provided Rogan with an impenetrable Teflon coating. It is the criticism that sent him down this road to obstinate bullheadedness. He literally kicks and screams for a living, so nothing has changed for him. In fact, he has become more heroic to his legion of oppressed white male fans who are now forced to call people by the pronouns they wish to be called. Their low-pitched, synthetic testosterone-fueled anti-woke whines have given them a new slate of defiant superheroes like Aaron Rodgers, Tucker Carlson and Matt Taibbi.

White boys can dance on the knife’s edge without having to worry about being cut because they have created a world that is always ready to stitch up their wounds. To them, the scars are a red badge of courage. They love bungee jumping and skydiving because the cord always bounces back and the parachute always opens. For everyone else, racism, transphobia, sexism and the whole entire world is a frayed rope ready to snap or—at the very least—choke them until they can’t breathe.

So, while Lemon and Dyson might be shining a light on this new problematic anti-science cesspool of white grievance, the criticism actually serves as fuel for their convictions, further convincing them and their fans that they are all being marginalized by the woke mainstream media and know-it-all negroes. Don, and Michael, you gave it a valiant try but, trust me, you shouldn’t bother.

May he rest in peace.