“I just wanted to share her story on the big screen for everyone to see and be inspired by like I was," Shaq told Deadline

Shaquille O’Neal is paying homage to pro basketball pioneer Lusia “Lucy” Harris on Sunday by hosting free screenings of The Queen of Basketball at several theaters in Los Angeles.

Harris, who passed away at the age of 66 on Jan. 18, is the late Delta State University star and former Olympian who, in 1977, became the first and only women ever officially drafted by an NBA team, according to NBA.com. 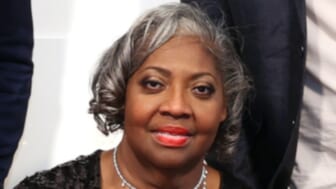 Also Read:
Lusia Harris, first and only woman drafted into NBA, dies at 66

Denise Long nearly accomplished the same fete eight years earlier, in 1969, when the San Francisco Warriors tried to draft her. But league officials blocked the move because Long didn’t meet the criteria to be drafted due in part to her gender.

Queen of Basketball is a short documentary film that tells Harris’ life story. O’Neal served as an executive producer on the film, which is being screened at five theaters in the Los Angeles metro area on Sunday.

“I am extremely saddened at the sudden loss of the unsung legend and fearless trailblazer – Ms. Lucy Harris,” O’Neal told Deadline in a statement earlier this week. “I just wanted to share her story on the big screen for everyone to see and be inspired by like I was.”

The free screenings of Queen of Basketball are available on a first come-first serve basis, according to Deadline. The film will be shown at noon on Sunday at the Laemmle Town Center 5 in Encino, California, the Laemmle Glendale, the Laemmle NoHo 7 in North Hollywood, the Laemmle Pasadena Playhouse 7 and Laemmle Monica Film Center in Santa Monica. 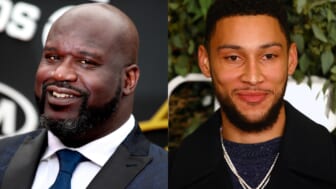 Also Read:
Shaquille O’Neal says he would have knocked Ben Simmons out if he played with him

Harris and Shaq have a lot in common as two larger-than-life figures and basketball phenoms who played college basketball in the south. Harris is the six-foot three-inch center from Minter City, Mississippi who became the first woman to score in Olympic basketball competition in 1976.

She became the leading scorer and rebounder on the U.S. women’s team, which won a silver medal at the Montreal Games that year. She’s also the first Black woman to be inducted into the Basketball Hall of Fame.

“Ms. Harris’ story should be required viewing for all Americans,” Shaq said. “I hope folks will bring their families to these screenings. It’s time to remember her name. Long live the Queen.”

Harris’s death was confirmed on Jan. 18, according to the New York Times. Her daughter, Crystal Stewart Washington, told reporters her mother passed away at a therapy facility. The cause of death has not been reported.