"I like what he said but it don't take seven games for you to realize you're not playing right," said the four-time NBA champion

Shaquille O’Neal is not impressed with Philadelphia 76ers guard Ben Simmons after his lackluster performance in Game 7 Sunday night. 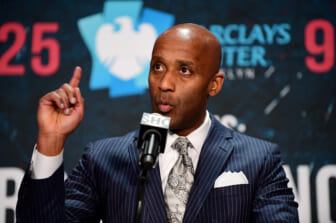 The NBA star had strong words for Simmons, who is taking heat for his team’s elimination from the playoffs. After the game, the Australian-born guard/forward basically admitted to not playing his best.

The Sixers lost Game 7 of their Eastern Conference semifinal against the Atlanta Hawks with a final score of 103-96. Simmons took responsibility for his part in the loss.

“I ain’t shoot well from the line this series,” said Simmons told ESPN. “Offensively, I wasn’t there. I didn’t do enough for my teammates…There’s a lot of things that I need to work on.”

O’Neal, the Hall of Fame center and four-time NBA champion turned TNT analyst, told his colleagues how he would have handled Simmons if they played together, as reported by Newsweek.

“I like what he said but it don’t take seven games for you to realize you’re not playing right,” O’Neal said.

“Get right. Be aggressive. That’s all I want. Just be aggressive. I don’t want to hear all that [excuses]. Stop that, cut it out. […] If he was in my locker room, I would have knocked his a– out.” 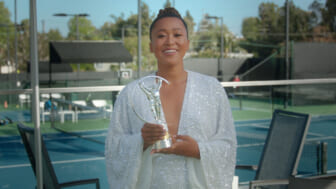 Simmons had five points, 13 assists and eight rebounds. In the game, he only shot twice from the free-throw line and four times from the field.

According to ESPN Stats and Information, per Newsweek, Simmons made history by producing just a 34.2% average for the 2021 playoffs. The player shot 33% from the free-throw line, which is the lowest percentage in the NBA’s history for a player who had at least 70 free throw attempts made in the postseason.

O’Neal was not alone with his criticism as several sports talk show hosts echoed his feelings.

“Ben Simmons has GOT to go!,” said Stephen A. Smith.

“The 76ers should trade Ben Simmons. They will never win a championship with him. Ben Simmons hasn’t gotten any better since he arrived as a rookie,” added Undisputed co-host Shannon Sharpe.

A fan on Twitter added: “Ben Simmons refusing to shoot a basketball into a basket during a basketball game ended up being a big deal.”

“The great fan base in Philadelphia — all the talk now centers around him,” added Johnson per The Philadelphia Inquirer “You hear Embiid say what he said. Rich Paul, who is his agent, gotta get him out of Philadelphia.”

“You can’t have a guy on the court who’s afraid to shoot the basketball,” said Barkley.

Sixers center Joel Embiid didn’t name his teammate specifically but did share the moment in the game that disappointed him most.

“Man, I will be honest,” Embiid, who finished with 31 points and 11 rebounds said, per Newsweek.