The British Formula One icon makes a rare investment in Zapp, a London-based start-up founded in 2020.

British Formula One driver Sir Lewis Hamilton has invested in London-based grocery delivery start-up Zapp, which allows customers to purchase snacks, drinks and other essential items and have them delivered in minutes.

The new funding takes the total raised by the company to $300 million since being founded in 2020. According to CNBC, a $200 million funding round was co-led by venture capital firms Lightspeed, 468 Capital and BroadLight Capital. Existing investors Atomico, Burda and Vorwerk Ventures also participated, alongside Hamilton.

The backing from Hamilton marks a rare start-up investment for the F1 racing star. The Mercedes team driver has won seven World Drivers’ Championship titles and holds a joint record with retired German driver Michael Schumacher. Hamilton is also the founder of Mission 44, a foundation that supports organizations and programs that address issues of inequality in the education and employment systems within the U.K.

Zapp is one of several apps offering Europeans delivery of essential items in a matter of minutes. Its service, which launched in 2020, allows users to make purchases from what are called “dark stores,” essentially small warehouses established just for the purpose of completing online delivery orders. Delivery times of as little as 20 minutes are promised by the app. 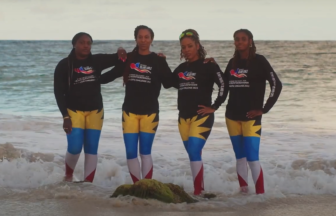 Zapp claims to be different from its competitors. The company says its app is a digital equivalent to a convenience store, not an online version of a supermarket like Tesco or Sainsbury’s. The company currently operates in seven cities, including London, Amsterdam and Paris.

“With this new capital, we will focus on achieving profitability in our existing markets as well as bringing Zapp to new customers globally,” Zapp co-founder Joe Falter said in a statement, according to CNBC.