Following her controversial comments on Monday’s show, Whoopi Goldberg has been suspended from The View for two weeks.

ABC News president Kim Godwin announced the suspension via Twitter on Tuesday night, one day after Goldberg insisted that the Holocaust was “not about race,” causing major backlash.

“Effective immediately, I am suspending Whoopi Goldberg for two weeks for her wrong and hurtful comments. While Whoopi has apologized, I’ve asked her to take time to reflect and learn about the impact of her comments. The entire ABC News organization stands in solidarity with our Jewish colleagues, friends, family and communities.”

During a segment on recently banned books in schools across the country, the host of the popular daytime show, when referencing the Holocaust, said, “Well, this is white people doing it to white people, so y’all gonna fight amongst yourselves.”

Later, she added, “If you’re going to do this, then let’s be truthful about it, because the Holocaust isn’t about race.”

While her co-hosts, including Ana Navarro, attempted to push back on her uniformed comments, Goldberg responded, “But these are two white groups of people! The minute you turn it into race, it goes down this alley. Let’s talk about it for what it is. It’s how people treat each other. It doesn’t matter if you’re Black or white, Jews, it’s each other.” 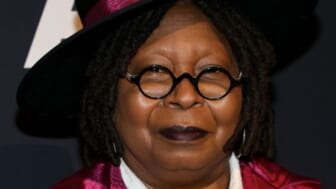 The fallout only continued during a pre-taped interview she conducted for The Late Show with Stephen Colbert, in which she doubled down on the statements.

“I feel, being Black, when we talk about race, it’s a very different thing to me,” she told Colbert. “So I said I thought the Holocaust wasn’t about race. And people got very angry and still are angry. I’m getting a lot of mail from folks and a lot of real anger.”

“But I thought it was a salient discussion because as a Black person, I think of race as being something that I can see. So I see you and know what race you are. I thought it was more about man’s inhumanity to man… people said, ‘No, no, we are a race.’ I felt differently. I respect everything everyone is saying to me.”

She wrote, “On today’s show, I said the Holocaust ‘is not about race but about man’s inhumanity to man. I should have said it is about both. As Jonathan Greenblatt of the Anti-Defamation League shared, ‘The Holocaust was about the Nazi’s systematic annihilation of the Jewish people — who they deemed to be an inferior race.’ I stand corrected.”

She explained, “I tweeted about it last night, but I want you to hear it from me directly. I said something that I feel a responsibility for not leaving unexamined because my words upset so many people which was never my intention. I understand why now, and for that I am deeply, deeply grateful because the information I got was really helpful and helped me understand some different things.” 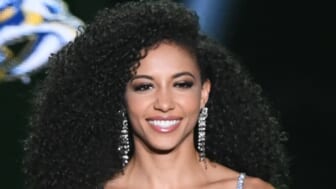 She went on to correct her statements from Monday, adding that the Holocaust was, “indeed about race because Hitler and the Nazis considered Jews to be an inferior race. Now, words matter, and mine are no exception.”

She added, “I regret my comments as I said, and I stand corrected.”

Goldberg then introduced Greenblatt who discussed the importance of teaching about anti-Semitism and the Holocaust in schools.