Kerby Jean-Raymond is stepping down from Reebok

The award-winning designer and founder of Pyer Moss broke new ground as Reebok's first-ever global creative director, launching a partnership with the brand in 2017.

It’s the end of an era at Reebok.

Global Creative Director Kerby Jean-Raymond has announced he will be stepping down from his role with the athletic brand, effective March 1.

The founder and creative director of Pyer Moss first announced his partnership with Reebok in 2017. Subsequent years would see him incorporate pieces from their fruitful collaboration, Reebok by Pyer Moss, into his groundbreaking live presentations each season, often resulting in instantly sold-out drops.

As Jean-Raymond’s profile with the brand grew, he was named an artistic director, launching a new division, Reebok Studies, in 2019 to “foster under-the-radar creative talent and ideas,” as reported by Hypebeast. 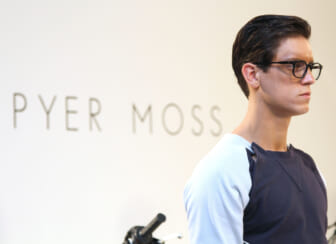 The alliance further evolved in September 2020, when Reebok named Jean-Raymond its global creative director. It marked both a major career achievement for the designer — who was named American Menswear Designer of the Year by the Council of Fashion Designers of America that same month — and a watershed moment for Black designers. It’s worth noting that Jean-Raymond was already a trailblazer in the industry, winning a coveted CFDA/Vogue Fashion Fund award in 2018.

“I am thrilled to be evolving my role at Reebok and joining the leadership team as the head of Creative Direction,” said Jean-Raymond in a statement issued at the time. “I welcome this opportunity to help invigorate the brand with new ideas, while also focusing on instilling a sense of social purpose into our work.” 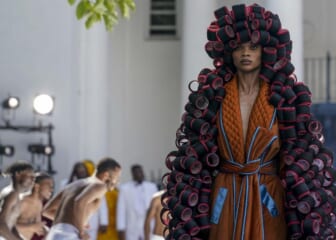 During his brief tenure, Jean-Raymond did exactly that, leading Reebok’s creative team “in unifying the brand’s direction, resulting in significant growth among key categories,” noted a release shared with theGrio. While no details were forthcoming about Jean-Raymond’s exit, Reebok President Matt O’Toole issued a statement lauding the designer’s innovation and influence on the 64-year-old sporting goods brand.

“We want to sincerely thank Kerby for his many contributions to Reebok,” said O’Toole, adding: “The positive impact he has made on the brand will be felt for years to come. We wish him the very best.”

As for Jean-Raymond, who will release his final offering for the brand, Reebok by Pyer Moss —Collection 4, in late March, the designer simply stated:  “I enjoyed my time with Reebok and wish the company well in all of its future endeavors.”

Fans of Pyer Moss are no doubt excited to see what endeavors Jean-Raymond might have in store next.