Luxury athleisure brand Pyer Moss and its founder are threading the needle of change in fashion.

From the runway to the subway, Pyer Moss combines luxury and sportswear in the release of its latest collection.

He shocked the fashion world by bringing social justice to the runway. During his spring 2016 fashion show, the designer screened a 12-minute self-produced film highlighting racial tensions and police brutality in America.

Despite the backlash, Jean-Raymond continues to use fashion as a channel for positive social change. He specifically describes the brand as an “art project”/ “timely social experiment” that continuously redefines itself. 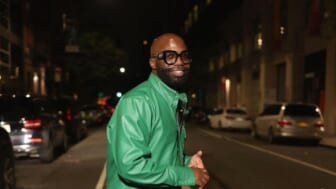 Also Read:
Confetti coats are the perfect touch to a winter fit

Over the years, Moss has become known for its creative and highly anticipated runway shows. Within each collection, Jean-Raymond showcases a combination of storytelling, activism, debate, theatre and social commentary, all while using collaboration with artists and brands as a medium to further the dialogue around seasonal themes.

Within these visual conversations, the self-taught designer consistently finds a way to celebrate Black culture whether it’s through the location, art or music showcased.

“I want to show that black can be beautiful and not just sensationalized. Not always tragic, not always ‘for your entertainment.’ It can exist on the sole purpose of us being us.” Jean-Raymond told GARAGE.

For instance, Pyer Moss staged a fashion show in Weeksville Brooklyn, a historic Black neighborhood founded by freed slaves in the 1970s and known today as one of the country’s first free Black neighborhoods. He also collaborated with Black artist Derrick Adams to create portraits highlighting Black joy that would later be featured on the brand’s silk garments.

The gospel choir is another mainstay of Pyer Moss’s shows. Over the years, Jean-Raymond has utilized music to bring his shows to life.

Ultimately, Jean-Raymond has an eye for detail as seen during his historic showcase this summer. In July 2021, the designer made history as the first Black American designer to show a couture collection with the Fédération de la Haute Couture et de la Mode.

With activists and rappers making appearances, the couture show was not only an ode to Black innovation but also an ode to Black culture. In the 25-piece collection entitled WAT U IZ, Jean-Raymond combined fashion and surrealism to showcase the plethora of Black inventions used in daily life.

While the brand has become known for its creative fashion shows, it is slowly taking over the athleisure world. 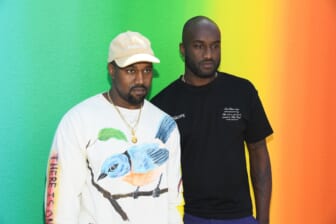 In 2018, Pyer Moss launched its highly anticipated collection, “Reebok by Pyer Moss,” as part of their newly announced partnership with the footwear giant. Alongside his award-winning sneaker collaboration, the two brands announced their partnership on “Reebok Studies__”, a division focused on developing young, emerging creative talent and ideas.

“I have very clear intentions of what I want to do, who I want to be, who I want to help. And what I want my legacy to be in this industry. If nothing else, I want to be able to say not only did I create something beautiful in Pyer Moss, I also helped other people see their dreams through.” Jean-Raymond told The New York Times.

The Rebook division was only the first of the Pyer Moss founder’s initiatives beyond fashion. Jean-Raymond has spent the past year and a half building a space for designers of color through his new fashion group, “Your Friends in New York.”

Whether it’s through high-end fashion shows, streetwear exclusives or community initiatives, Kerby Jean-Raymond is threading the needle of change in the fashion industry.

Pyer Moss is sold limitedly and on no particular schedule at exclusive high-end boutiques worldwide.