The 10-time Grammy nominee says she turned down a feature on Gunna's "P Power" during her pregnancy.

Parenthood tends to change many people and music stars are not immune. Nicki Minaj has been one of the most popular rappers in the game for a long time thanks to her provocative lyricism. However, motherhood may have softened the 10-time Grammy nominee’s approach to writing her rhymes.

Minaj gave birth to her first son with husband Kenneth Petty on Sept. 30, 2020. She recently spoke on The Dana Cortez Show and disclosed that the birth of her baby boy, nicknamed Papa Bear, has caused her to rethink including explicit lyrics in her songs. 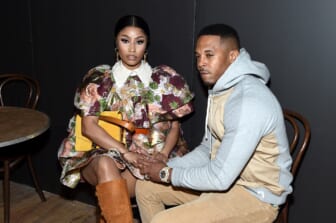 The Queens rapper built her reputation with sexually explicit songs like “Anaconda” and “Beez in the Trap,” but when she was asked to record similar material during her pregnancy, she wasn’t comfortable doing so.

The song wound up being Gunna’s single “P Power.” Although she was asked to do the feature, Minaj decided to decline.

“As a woman, as a mother, you have every right to make that choice. You decide what’s comfortable and convenient for you when you are with child.” 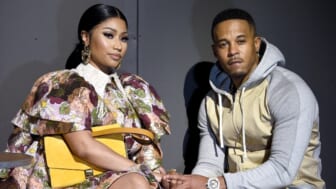 Minaj’s labelmate Drake ended up recording a guest verse for the song. It was included on Gunna’s new album DS4Ever. The song debuted in the Top 30 on the Billboard 100 last week.

Although she says she may now be on a different path creatively, Minaj says that she isn’t bothered by other rappers using explicit lyrics.

“Nothing wrong with anybody that was able to do it, but me, I just felt in a very different, new space,” Minaj continued.