Juan Angel Garcia was arrested Saturday and could face a murder charge.

A man has been arrested in the fatal highway shooting of Gene Ransom, a basketball star at the University of California, Berkeley in the 1970s and a member of the Cal Athletics hall of fame.

A 25-year-old San Francisco resident, Juan Angel Garcia, was arrested Saturday and could face a murder charge in connection with the shooting Friday evening on Interstate 880 in Oakland, the California Highway Patrol said. It wasn’t known Sunday if Garcia has an attorney who could speak on his behalf.

Ransom, 65, was on his way to pick up his girlfriend at a West Oakland train station, said Doug Harris, a former teammate and longtime friend.

Harris told KPIX-TV in San Francisco that the woman waited for Ransom for hours, “not knowing that he had been murdered.”

Highway patrol investigators said the victim was likely targeted and the motive appeared to be road rage. Northbound lanes of I-880 were shut for about five hours during the investigation. 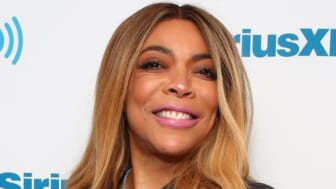 Just 5-feet-9-inches (1.8 meters) tall, Ransom was a standout player at Berkeley High School and went on to be a star point guard at Cal in the late 1970s, where he averaged 14.8 points per game and had 356 assists during a three-year career, KPIX said.

“We are shocked to hear the reports that Cal Athletics Hall of Famer Gene Ransom has been identified as a victim in a deadly freeway shooting,” Cal Athletics assistant director of communications Gerrit Van Genderen said in a statement Saturday. “Gene was one of the greatest players in our men’s basketball program’s history and he will be greatly missed.”

Ransom was signed by the Golden State Warriors in 1979 but was cut in the preseason.

Harris said that over the past 20 years he and Ransom had been coaching basketball and working with kids to get them away from gun violence.

“The very thing that we worked so hard for is what took him away. It’s really tough for me as I reflect back,” Harris told KPIX. “Gene was a heroic figure that was loved by everyone.” 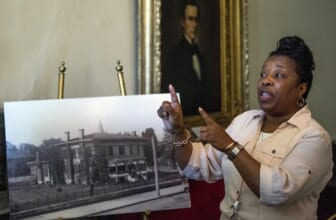 Several people have been killed in recent freeway shootings in Oakland. Last month, an Alameda County sheriff’s recruit was fatally shot on Interstate 580 on Jan. 4 as he drove home from the academy. Authorities said David V. Nguyen, 28, was set to graduate from the academy this month.