CDC report shows African American accounted for nearly half of all HIV diagnoses in 2018.

Ahead of this year’s National Black HIV/AIDS Awareness Day, the CDC released a report on the status of HIV/AIDS in the African-American community. Though significant efforts have led to an overall reduction of HIV transmission and new reported cases in the United States, that trend has not made its way to the Black community. CDC data shows that African Americans account for a higher proportion of new HIV infections. Though 13 percent of the US population in 2019, the Black community accounted for 40 percent of Americans living with HIV. In all, Black people accounted for nearly half of all HIV diagnoses in 2018. This was four times the rate of all other racial and ethnic groups combined. 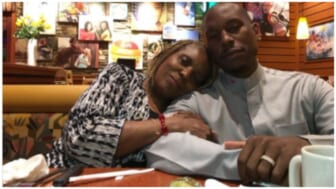 Further breaking down the data, the highest HIV diagnosis rates among Black men were for those between the ages of 45 and 54, living in the Northeastern or Western United States. Among Black women, the rates were highest among those between the ages of 18 and 54, living in the Northeast. Intravenous drug use was among the highest causes of transmission for men and women. And though people living with HIV are experiencing longer and healthier lives with interventions, Black women have the highest rate of premature death compared to all people living with HIV. As youth aged 13-24 accounted for 21 percent of new HIV cases in 2018, Black youth comprised a disproportionate amount of those cases.

As it pertains to HIV and COVID-19, the study also found that African Americans living with HIV were among those with the lowest rates of vaccination. This is especially concerning given people living with HIV and other chronic illnesses have an increased risk of dying from COVID-19 compared to those without other chronic diseases.

“Despite tremendous progress in reducing HIV transmission since the height of the epidemic, HIV continues to disproportionately affect Black people in America,” said Demtre Daskalakis, CDC HIV Prevention Program director. While structural inequities remain at the root of the prevalence of HIV in African Americans, Daskalakis believes that does not have to be the case. “Health disparities are not inevitable and can be addressed.” 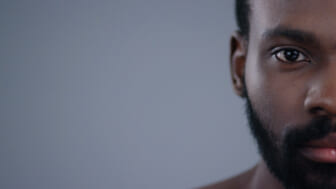 The report also found that 52% of African Americans living with HIV live in areas with a higher Social Vulnerability Index (SVI) score. Using 15 US Census variables, SVI scores track “the potential negative effects on communities caused by external stresses on human health.” Though the CDC identifies those stresses as natural or human-caused disasters and disease outbreaks, communities with higher SVI scores tend to be African Americans with lower socioeconomic status.

Daskalakis says the findings stress the need to address factors that contribute to the disparities. “While there is no simple solution to equity, our nation must finally tear down the wall of factors – systemic racism, homophobia, transphobia, HIV-related stigma, and other ingrained barriers – that still obstructs these tools against HIV from equitably reaching the people who could benefit from them.”