"And after serious consideration, I strongly believe I can help effectuate positive changes throughout the league,” media mogul Byron Allen said.

Media tycoon Byron Allen is making a bid to buy the Denver Broncos from the Bowlen Family Trust.

As reported by Bloomberg News on Tuesday, if the sale goes through, Allen would become the first Black majority owner of an NFL team.

“NFL commissioner Roger Goodell and New England Patriots owner Robert Kraft came to me in November of 2019 and asked me to take a good look at buying an NFL team,” Allen, chairman, and chief executive officer at Allen Media Group, that also owns The Weather Channel and theGrio, said in a statement.

“And after serious consideration, I strongly believe I can effectuate positive changes throughout the league,” Allen said. “And for that reason, I will be making a bid for the Denver Broncos.”

According to Forbes, the team was valued at $3.75 billion in 2021 but the asking price could reach $4 billion, per the Mile High Report. In order to purchase a controlling interest of 30%, a $1.125 billion investment is required and, per NFL guidelines, a prospective buyer can’t have more than $1 billion in debt. 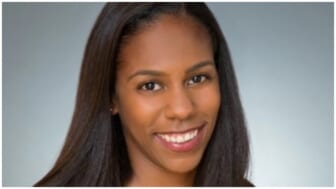 Following the death of Broncos owner Pat Bowlen in 2019, his children reportedly fought over their inheritance and ownership of the Denver Broncos franchise until a settlement was reached in January. The team was put up for sale a week ago, per the report.

Allen, 60, launched his media empire in 1993 with the founding of Allen Media Group/Entertainment Studios, a company with offices in New York, Chicago, Atlanta, and Raleigh.

In October, Allen received a star on the famed Hollywood Walk of Fame, as theGrio reported.

Meanwhile, Allen’s discrimination lawsuit against McDonald’s is moving forward after a federal judge recently shot down the fast-food giant’s request to dismiss the case.

Allen Media Group divisions Entertainment Studios Networks, Inc. and Weather Group, LLC filed a lawsuit accusing McDonald’s of racial discrimination, theGrio previously reported. The filing alleges that McDonald’s discriminated against Allen’s media entities by refusing contracts and exhibiting a pattern of racial stereotyping. Allen accuses the company of not advertising with Black-owned media outlets as much as it does with white-owned media.

Allen’s case was initially dismissed in December 2021, but he’s moving ahead with a third amended complaint, per the report.

“We look forward to presenting our enormous evidence in court, which will prove the systemic racism at McDonald’s,” Allen said in a statement. “And I firmly believe the board at McDonald’s should fire CEO Chris Kempczinski immediately.”

McDonald’s has a budget of $1.6 billion to spend on advertising. However, Black-owned sites only received $5 million, or 0.3% of these funds, according to the suit. This is a sum that is also dwarfed by Kempczinski’s approximately $11 million salary.