Miriam Makeba was an iconic figure who used her platform and artistry to uplift her community and call attention to injustice. Her contributions to the artistic culture of Black America and the African Diaspora alike are immeasurable. Yet there are many who don’t know her name.

Somi Kakoma, a Grammy-nominated vocalist of Ugandan and Rwandan descent, has personally seen to it that not only is Makeba’s professional name kept alive but also her given name —Zenzile. 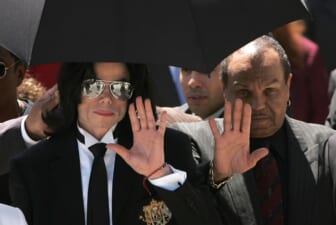 Kakoma evolved from a jazz artist with a sinuous voice and alluring stage presence to a playwright and actor with her debut stage production, Dreaming Zenzile. A product of years of preparation, research, workshops, and rehearsals, Kakoma’s play is the most definitive portrayal of Makeba to date.

Making its debut run at the McCarter Theater at Princeton University, Dreaming Zenzile is a tight, emotionally dynamic achievement of history, music, and spirit. Although diminutive in its presentation – five actors, four musicians – the absence of a dedicated set piece is more than filled by the performances.

The story is told through the perspective of Makeba, played by Kakoma, and a four-person Sangoma Chorus; sangoma being a traditional mystical healer. The chorus represents the channeled essence of Makeba’s ancestors and family. Adorned in all white, they call out to Makeba, who is performing at a benefit concert late in her life in Italy in 2008.

As Makeba sings, the chorus calls for her to come home, to let go of her mortal life on earth and join them. Makeba is resistant and remains so throughout the play. At age 76, she believes she still has much more to teach people.

“How many of these people know more than ‘The Click Song’ or ‘Pata Pata,” Makeba says to the chorus, insisting that her pop-culture popularity is connected just to her crossover songs and that she needs to educate them. “The show must go on.”

This line toward the beginning of the show sets the tone for the entire production, letting the McCarter audience know that they are about to be awakened to Makeba’s life story and desire for change.

Throughout Dreaming Zenzile, members of the chorus transform into the living embodiments of Makeba’s mother, father, daughter, and first husband. The Sangoma Chorus, played by Aaron Marcellus, Tanyaradzwa Tawengwa, Naledi Masilo, and Phumzile Sojola do an expert job. The audience becomes engulfed in the dense and empowering storyline of Makeba and her mother.

So many things go right in this production, from the choreography to the panoramic scene projections on the back wall. The versatile quartet expertly and swiftly navigates from songs in Makeba’s catalog like “House of the Rising Sun” to Kakoma’s original compositions like “Swish Slap Swish,” a song that encapsulates Makeba’s childhood in a South African township.

A post shared by S O M I (@somimusic) 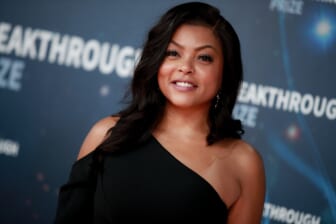 The narrative of Makeba growing in strength through hardship and rejection is inspiring, especially her exile from South Africa after standing up against apartheid. The loss of her daughter in childbirth is the most gripping scene in the play, as Makeba and her daughter stand on opposite ends of the stage, calling to each other as ocean waters are projected above them.

It all comes together through Kakoma’s stellar, peerless portrayal of Makeba. She disappears into Makeba, capturing both her speaking and singing voice in an almost eerie way. She expresses Makeba’s pain in losing her mother and daughter with undeniable pathos as well as the sensual connection and love from her marriage to activist Stokely Carmichael so effortlessly.

At the beginning and end of the play, the chorus tells Makeba the Xhosa meaning of her given name, Zenzile: ‘you have done it to yourself.” Makeba’s resilience, artistic mastery, and righteous indignation that inspired multiple generations, was of her own doing.

Dreaming Zenzile shows the audience that nothing is impossible to a person with an unconquerable spirit, especially when tested by personal and professional hardship.

Dreaming Zenzile runs at the McCarter Theater through Feb. 13. It will move to Arts Emerson Theater in Boston from Feb. 23 to 27. Kakoma will release her latest album, ZENZILE: The Reimagination of Miriam Makeba, on Makeba’s birthday, March 4.