REVIEW: The musical about the life and work of the late singer/songwriter Michael Jackson illustrates how his father was the biggest influence on his life, for better or worse.

Michael Jackson was one of the most universally beloved recording artists of all time. He was also one of the most complex, enigmatic, and ridiculed figures in world history. To reconcile the fascinating polarity of a man who appeared painfully shy offstage, and yet, was an utterly supernatural performer on stage is quite the challenge.

MJ The Musical, opening at the Neil Simon Theater on Tuesday in New York, has the mammoth task of commemorating the artistic legacy of the King of Pop, while addressing the inner demons that tormented him. Not an easy balance for a Broadway musical to accomplish, considering the amount of Jackson psychoanalysis there is to unpack. 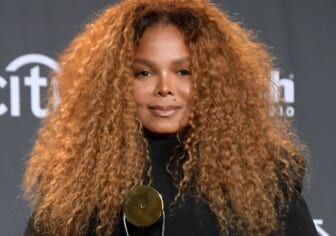 What director and choreographer Christopher Wheeldon had to do was to find the right mix of triumph, light-heartedness, emotion, and pathos all while incorporating Jackson’s music to advance the story. For the most part, he achieves that.

The storyline follows Jackson, played principally by Myles Frost, going through rehearsals for his 1992 Dangerous World Tour, as he’s being followed by a TV reporter, Rachel, (Whitney Bashor), and her cameraman, Alejandro (Gabriel Ruiz), for a story. We see how Rachel slowly tries to chip away at Jackson to get a story beyond a mere fluff piece.

With little exception, Frost can sing Jackson’s songs like “Keep The Faith,” “She’s Out of My Life” and “Human Nature” in their original key, which is very good news for fans. Wheeldon’s choreography throughout is cheerful and grand. However, he could have done a better job of incorporating Jackson’s music video choreography into the corresponding numbers.

The storyline tackles uncomfortable subjects surrounding Jackson, particularly his painkiller addiction. Alienating questions from the press about rumors and expectations of exceeding past achievements are also incorporated. Although it addresses the allegations surrounding his friendships with children, it’s fleeting and implied.

Two-time Pulitzer Prize-winning playwright Lynn Nottage, who wrote the book, built the show’s narrative around the idea that Jackson’s peerless work ethic, show business acumen and guarded, immovable sense of pressure and distrust, all come from the same source: his father, Joe Jackson.

Nottage tells the story through a linear, somewhat impressionistic, and voyeuristic vantage point that allows Jackson to live in the moment as a music superstar trying to build the biggest concert tour of all time while looking back on how the actions of the past, perpetuated chiefly by his father, molded him into the man he eventually became. 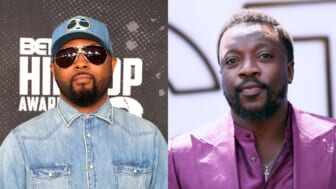 On their journey to stardom as the Jackson 5, Joe, played by Quentin Earl Darrington, is seen instilling in his sons the harsh realities of how they will be treated by the world. When a young Michael resists Joe’s tyrannical rehearsal schedule, Joe strikes his young son, insisting that the blow is minor compared to what Michael was subject to outside his domain.

Darrington plays Joe with a harsh rasp and a steel fist. At first, his wife Katherine, played by Ayana George, rationalizes his dictatorial ways as inspired by love. Not until near the end does the audience get to see Joe’s desire to protect his children expresses with tenderness and sensitivity, but by that time it’s hard to reconcile the character as anything beyond being one-dimensional, which is a shame.

The most intriguing aspect of MJ The Musical is watching Joe transform the pop star into a more palatable, but also more cunning, version of himself.

Early in the first act, you see the first example of how Joe’s influence turned into edicts that Michael would preach to his own staff. When they were warned about the pitfalls surrounding the concert tour, Michael and Joe say simultaneously, “You can’t win the race unless you feel the burn.”

You see it again when a young-adult MJ, played by Tavon Olds-Sample, is venting to Quincy Jones about Off The Wall missing out on the General Field categories at the 1979 Grammys. He echoes his father’s rhetoric about how white people will always try to keep Black people in their place. 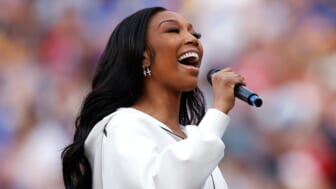 It’s fitting that one of the first songs Jackson sings in the show, and one of the few songs that are repeated later, is a Bad outtake, “Price of Fame.” It outlines his rationale for being a recluse, and his pursuit of artistic perfection, obstacles be damned; further explaining the illustrated painkiller habit:

While the grand plot point of Joe’s influence on MJ is compelling, it’s the strong acting that sells the show. Sure, Darrington comes off playing Joe like a caricature at times, but not so much to take you out of the story. Nottage does an exquisite job peppering the script with real life quotes from Jackson, such as “the quality goes in before the name goes on;” his philosophy around giving the art your all before until your satisfied enough to call it yours.

And the pacing of MJ The Musical takes a big step backward in the second act. While act one is a gradual build-up to the Thriller era, act two all but completely glosses over his Bad album release. 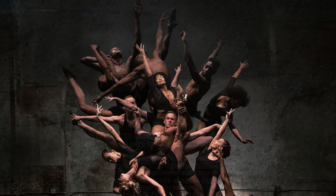 But ultimately, MJ The Musical is worth seeing as it successfully combines a view of Jackson’s work ethic and discipline while humanizing him.