Mark and Patricia McCloskey, both lawyers, may appeal for the full reinstatement of their law licenses after one year.

Mark and Patricia McCloskey, who were elevated to national prominence after pointing guns at Black Lives Matter protesters walking past their house in June 2020, will continue to practice law on a probationary status, the Missouri Supreme Court ruled.

The armed couple stood outside of their suburban St. Louis home during national protests following the police murder of George Floyd in Minneapolis in May of that year. They pleaded guilty to several misdemeanors in connection with the incident, but were subsequently pardoned by Republican Missouri Gov. Mike Parson.

Mark McCloskey spoke later that year at the Republican National Convention and is currently running for the U.S. Senate.

The Missouri high court suspended the pair’s law licenses, but delayed the suspension. They can still practice law and may appeal for their licenses’ full reinstatement after one year. According to a St. Louis NPR report, they will have to file a series of reports and perform 100 hours of pro bono legal service. They also must not violate any other rules of professional conduct. 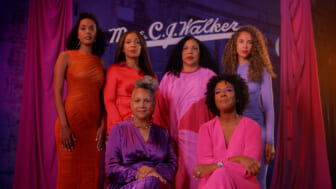 “I disagree with the (Missouri) Supreme Court that what we did on our front porch constituted a misdemeanor offense involving moral turpitude,” Mark McCloskey said. “I don’t think we acted in moral turpitude at all.” He added: “I will respectfully cooperate with and fully perform my probation.”

“I think the reason why we were asked to be suspended had more to do with politics than anything else,” he added. “But we respect the Supreme Court’s opinion, although we disagree … We will comply 100% with the orders.” 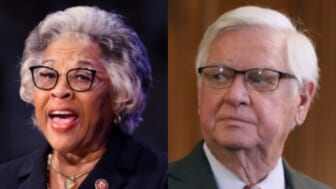 BLM protesters were marching past the McCloskey home toward the residence of then-St. Louis mayor Lyda Krewson to demand her resignation after she read the names and addresses of people who had submitted a letter demanding that she defund the city’s police department, according to previous reporting.

Krewson did not run for reelection, and in 2021, Democrat Tishaura Jones became the first Black woman elected mayor of the midwestern city.