Jim Jones put Gucci on blast after claiming he was racially profiled and disrespected by store management during a recent shopping spree.

The Dipset star and Bronx native was accompanied by his crew who filmed their experience at several luxury stores, including Louis Vuitton and Bergdorf Goodman. All was going well until they hit up a Gucci store, where they were prepared to spend almost $30,000. Their plan hit a snag when Jones and company were left unattended in the VIP section for hours.

“Since we came here… nobody [has] shown us no courtesy, no amenities, no nothing. Period. Not even a drink of water,” Jones said in an Instagram clip filmed from inside the store that was uploaded Tuesday. “I asked to speak to a manager. They sent out a Black guy who started telling me some bullsh*t. So they got the Black guy racially profiling on Black people. I asked to speak to a manager bigger than him. Everybody disappeared…” 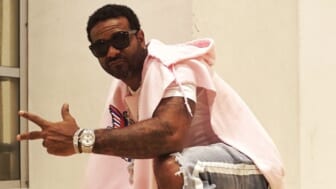 Also Read:
Jim Jones says being a rapper is more dangerous than being a soldier, Iraq War vet disagrees

Jones noted in the caption of the video that he was “more hurt” by how he was treated by the Black Gucci staffer.

“Very racy and all we wanted was some water sparkling water cause I was parched… [from] shoppin for a long time. I’m usually drunk by time I leave stores like this cause they be servin tht champagne smh,” he continued. “This man literally spent over 100k in there in th last 3 months and this is how they handle him nasty. I told him leave tht sh*t on th counter we out Gucci be movin dusty.” 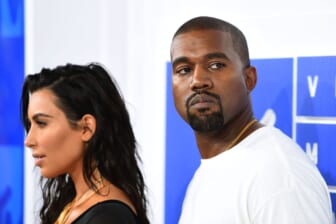 Jones now wants an apology from the Gucci store managers.

“Gucci really some suckers,” he added in another post. “And for those looking [in] from the [sic] outside sayin this is some rich privilege shit it’s really not. It’s about treatin people with respect no matter the [sic] race or what u may think u know about a person.”

In follow-up videos shared on Instagram, Jones filmed his shopping excursion at Louis Vuitton and Bergdorf Goodman, with members of his entourage throwing cash into the air.