Anthony Freeman says his shoulder was injured in the July 2021 encounter, and that he's suffering from post-traumatic stress disorder.

A Black Kentucky man has filed a lawsuit against the LaRue County Sheriff’s Department, alleging that he was racially profiled when he was pulled from his car, thrown to the ground and detained for nearly an hour. LaRue County is 59 miles south of Louisville.

Anthony Freeman, 38, from Elizabethtown, said the incident happened on July 31, 2021, at around 9:30 p.m., when he was stopped by Sheriff Russell McCoy, who was joined by two other men claiming to be detectives.

In his lawsuit, filed Wednesday in U.S. District Court for Western Kentucky, Freeman said he was stopped for “illegal headlights.” His suit notes McCoy ran his license and registration and that he was “done with him but didn’t know what the other detectives (who had showed up at the scene) wanted to do.” The sheriff departed, and the two insisted on searching the car.

According to The Louisville Courier-Journal, Freeman’s suit says he asked the men what probable cause they had and inquired about a search warrant. The men then pulled Freeman from his car and threw him to the ground, he alleges, while he was on the phone with his attorney, Teddy Gordon, and Gordon’s wife.

WDRB is reporting that his lawsuit alleges “the physical assault and verbal abuse subsided when the two detectives realized (Freeman’s) attorney was on the phone and hearing everything going on.” 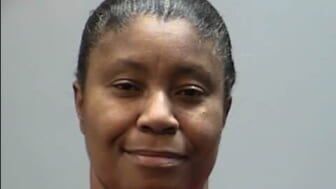 “If they hadn’t heard the voice on the phone,” Freeman told The Courier-Journal Thursday, “they would have killed me that night.”

Freeman’s lawsuit says the pair prompted a police K-9 to encircle his vehicle 12 times, then commanded the dog to sit by the car’s door, which they said justified their probable cause to search it. Neither detective turned up anything during the search, and Freeman was ultimately allowed to leave after 45 minutes.

“I just feel different,” he told the newspaper. “It’s hard for me to be around police, or to even see them. And it’s not supposed to be like that — they’re here to protect and serve, not to be feared.” 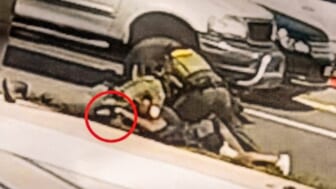 Freeman says his shoulder was injured in the scuffle and that he is suffering from post-traumatic stress disorder. He is seeking a jury trial and financial damages, as well as the reimbursement of his attorney fees.

When contacted, the LaRue County sheriff’s office noted that they have no comment at this time because the case is under litigation.

Freeman, who was not charged nor did he receive a ticket or citation during the stop, said: “I just feel like justice and change need to come about in this.”