Ron DeSantis, up for reelection in November, is under pressure to show he's a "real Republican" looking out for national GOP interests.

The fate of a largely Black, Florida state congressional district — and the incumbent Black Democrat who is running for reelection there — is about to be decided by a group of GOP leaders who are at odds on the issue.

Gov. Ron DeSantis (R-Fla.) took the unusual step in January of proposing a redistricting map that would break up Florida’s 5th congressional district — a 46% Black northern political region that includes Tallahassee and runs east and west along the state’s panhandle.

Statehouse members of DeSantis’s own party disagree with him on the matter, according to NBC News.

The political battle has gained national attention this year as states across the country grapple with redistricting map disputes and voting rights debates ahead of the 2022 midterm elections.

DeSantis, who is up for reelection in November, is widely expected to run for President in 2024. University of Florida political science professor Michael McDonald said the Florida governor is under a lot of pressure to show he’s a “real Republican” looking out for national GOP interests. 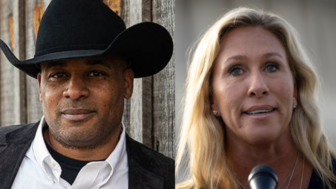 “There’s a major difference, disagreement, between the governor and the legislature and on [the fifth District], and so that’s going to be a huge stumbling block moving forward,” McDonald told NBC News.

DeSantis’s redistricting map would likely give the GOP two additional seats in the state house and reduce the number of Democratic House seats by two, according to the Princeton Gerrymandering Project, which gave the map an “F” on its redistricting report card.

In January, state senate Republicans released a redistricting map that would preserve the current balance of political power in the state senate chamber. Their plan received a “B” from the Princeton Gerrymandering Project. 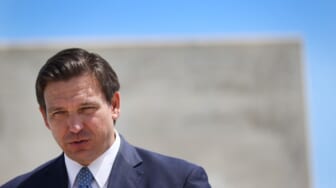 Also Read:
What in the hell is wrong with Florida Gov. Ron DeSantis?

Last week, these state congressional Republicans voiced their support for a redistricting map that would keep the 5th district the way it is after the state’s Supreme Court declined on Thursday to issue an opinion on the matter at DeSantis’s request.

A defiant DeSantis told Floridians on Friday that he won’t support a redistricting map that keeps the fifth district intact and threatened to veto any map that would do so.

“We will not be signing any congressional map that has an unconstitutional gerrymander in it,” DeSantis said. “That is going to be the state’s decision.”

Since 2017, the fifth district has been represented by state Rep. Al Lawson Jr., a Black Democrat who is running for reelection in November. Lawson applauded the state Supreme Court’s decision not to issue an opinion on breaking up his district.

“Ron DeSantis wanted the Supreme Court to violate the separation of powers and engage the judicial branch in partisan politics,” Lawson said in a statement on Thursday. “Ron DeSantis lost today, but more importantly, democracy and the Constitution won.”