"We're so blessed to be able to embark on this journey of parenthood as we celebrate our second anniversary together," said Amani Aliyya.

A couple who fell in love on Married at First Sight is expecting their first child together.

Amani Aliyya, 31, and Woody Randall met on season 11 of the Lifetime reality series and are one of the few couples who have stayed together.

“We’re so blessed to be able to embark on this journey of parenthood as we celebrate our second anniversary together,” Aliyya tells PEOPLE.

On Married At First Sight, participants are matched by relationship experts but the potential couples don’t get to meet in person until they are getting married to one another.

After several weeks of marriage comes “Decision Day,” when the couples must decide if they want to remain married or get divorced. Now in its 14th season, many couples are still going strong while others called it quits amid accusations of lying and cheating. 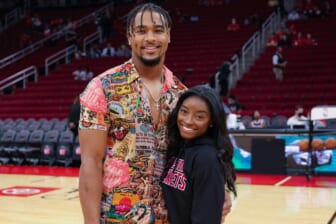 “Being married to Amani, it’s like everything I didn’t expect, I now have. When you don’t think that that’s coming, you don’t hope for it, you don’t wish for it,” said Randall, 31, at a 2020 reunion special for the season 11 cast, New York Post reported.

Aliyya tells PEOPLE that her husband suspected she was pregnant when she thought “food poisoning from ahi tuna” was to blame for her nausea.

She took a pregnancy test at his suggestion “and got a negative result,” she says.

“I reluctantly took another test one Saturday morning and yelled for him to come in the bathroom. He smiled and said ‘What, are you pregnant?’ “

“I nodded, handed him the positive pregnancy test,” she recalls. “He smiled so big! I kicked him out of the bathroom.”

“Woody hoped I was expecting,” she says.

The couple found out they were expecting a baby when Aliyya was “about 8 weeks.” 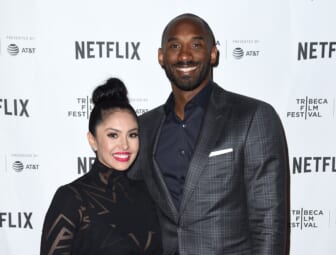 Season 11 of MAFS centered on 10 participants in New Orleans, where Randall was born and raised and worked as a teacher and coach at the time the show was filmed. Born in Northern California, Aliyya was raised in Chicago and moved to New Orleans to attend college.

Season 15 of MAFS airs Wednesdays at 8 p.m. ET on Lifetime.