Biles and Owens have been dating since March 2020.

Simone Biles is officially off the market. The superstar gymnast announced that she’s engaged to her boyfriend, Houston Texans safety Jonathan Owens.

The four-time Olympic gold medalist posted to social media Tuesday that Owens proposed. “WOKE UP A FIANCÉE,” Biles wrote on Twitter. “I can’t wait to spend forever & ever with you, you’re everything I dreamed of and more! let’s get married!”

The post included four pictures of Owens’ proposal at a gazebo with Owens wearing a gray suit and Biles in a Black dress.

Biles also shared the photos on her Instagram page, along with three additional pictures of her and Owens sharing a toast afterward and two pictures of her diamond engagement ring: one on her finger and the other by itself. 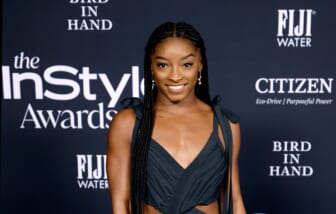 The Instagram post included the caption, “THE EASIEST YES.” In the comments, Owens replied, writing, “Ready for forever with you.” 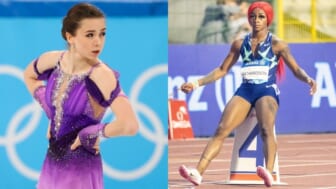 Also Read:
Sha’Carri Richardson’s reaction to the ruling on the Russian skater is understandable, but there is a difference

Biles and Owens started dating in 2020, at the start of the COVID-19 pandemic. As Biles said in a Wall Street Journal interview. “He would say I slid into his DMs,” Biles said. “I saw him and I was like, ‘Oh, he’s pretty cute,’ so I said hi … and then I saw that he was in the Houston area, so we started chatting a little bit, and then we went to hang out a week or two later.”

Owens credits the pandemic to accelerating his romance with Biles, calling it a “match made in heaven” during an interview with Texas Monthly magazine.

“We ended up hanging out right before the pandemic,” Owens said. “It was one of the few times in her life where everything was just shut off, and she couldn’t do anything. So we used it to get to know each other — really get to know each other. It created our bond and made it stronger. Now I’m so thankful.”