Loretta Lynch will represent the NFL in the case

As reported by Bloomberg Law, Lynch — a partner at  Paul, Weiss, Rifkind, Wharton & Garrison — will work alongside the firm’s chairman Brad Karp on the litigation. Lynch served as the 83rd U.S. attorney general from 2015 to 2017 under former President Barack Obama. 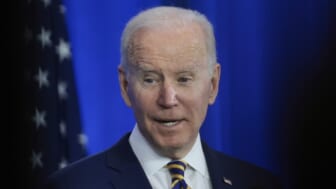 Flores is represented by famed New York trial lawyer Douglas Wigdor, with John Elefterakis serving as co-counsel. Both lawyers claim their client wasn’t hired by the Houston Texans for the recent head coach vacancy because of the suit against the NFL.

“Flores was fired last month by Miami after leading the Dolphins to a 24-25 record over three years. They went 9-8 in their second straight winning season, but failed to make the playoffs during his tenure,” AP reported.

Flores claims he participated in “sham” interviews with NFL teams attempting to comply with the Rooney Rule, which requires franchises to interview at least one minority candidate when filling head coach and general manager positions. He is suing the NFL and the Dolphins, the Denver Broncos, and the New York Giants, “saying racist hiring practices by the league have left it racially segregated and managed like a plantation,” per AP.

As previously reported by theGrio, at the end of the regular season, of 32 NFL teams, only one was helmed by a Black coach after Flores was let go in January – Pittsburgh Steelers head coach Mike Tomlin, in his 15th season.

Flores’ lawsuit, filed in Manhattan federal court, seeks “class-action status and unspecified damages” from the league and the three franchises, along with unidentified individuals, according to the AP report. 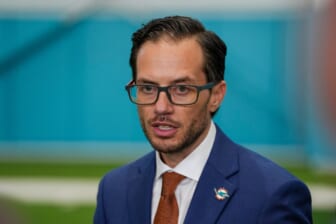 Also Read:
New Dolphins coach Mike McDaniel on race: ‘I identify as a human being’

The NFL called Flores’ claims meritless in a recent statement, per NBC Sports.

The Dolphins and team owner Stephen Ross will be represented by Quinn Emanuel Urquhart & Sullivan litigator William Burck, per the Bloomberg report.