The ceremony will be held on Feb. 26 on BET

BET and the NAACP Image Awards have announced presenters and performances for its 2022 ceremony, according to a press release. Nine-time Grammy Award winner Mary J. Blige is set to perform at the 53rd annual award show, while Zendaya and Ahmir “Questlove” Thompson are among the presenters. 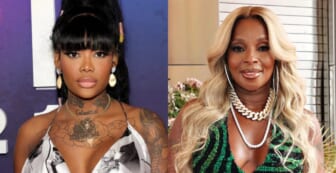 Leading the nominations this year are the HBO series Insecure and the Netflix film The Harder They Fall, each earning 12 nods. Singer/songwriter H.E.R. leads all musicians with six nominations.

Members of the Mexican American Legislative Caucus, Texas House Democratic Caucus, and Texas Legislative Black Caucus will be the recipients of the Roy Wilkins Civil Rights Award. Scot X. Esdaile, President of the Connecticut State Conference of NAACP Branches and a member of the NAACP National Board of Directors, will be presented with the Activist of the Year award.

Leading up to the Feb. 26 telecast, a five-night virtual show announcing non-televised awards including film, TV, writing, directing, music, and media categories will be available on the NAACP Image Awards’ YouTube channel, as well as its official website Feb. 21 – 25.