The in-person live show will go down June 4-5 at The Mann at Fairmount Park in Philadelphia.

The Roots Picnic is set to return this summer after a two-year hiatus.

The in-person live show has been extended an extra day and will go down Saturday and Sunday, June 4-5 at The Mann in Fairmount Park in Philadelphia, according to The Roots.

“This year, the picnic is a love letter to Philly. Thank you for supporting us for 15 years. We’re bringing you a 2-day festival,” The Roots tweeted Tuesday. 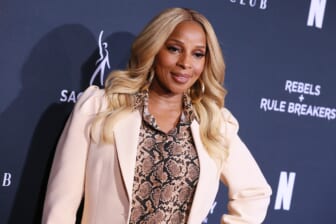 Blige and The Roots will join forces onstage for what event organizers call a “once-in-a-lifetime set.”

The Roots Picnic launched in 2007 and this year will be the first time since 2019 the festival will be held in person. Concertgoers must have an updated COVID-19 vaccine passport to enter the event, or a negative test result within 72 hours of entry, per the report.

“After a long two years, we are excited to announce the return of The Roots Picnic to Philly with two days of music and culture at the Mann at Fairmount Park,” Shawn Gee, President of Live Nation Urban, The Roots manager, and co-founder of the event said in an official statement. “This year, Black Thought, Questlove and I attempted to curate a lineup that broke through the genre barriers that often separate us in black culture. To be able to book Mickey Guyton, Kirk Franklin, G Herbo, Wizkid, Wallo & Gillie, and Mary J Blige on the same lineup was a dream come true.” 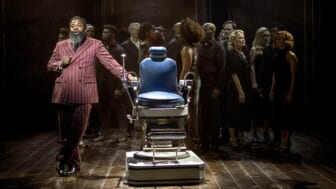 Also Read:
New musical ‘Black No More’ asks: If you had the chance to be white, would you take it?

“This one is special and we are happy to be with our Picnic fam again,” The Roots tweeted.

YouTube will stream The Roots Picnic live on The Root’s official channel.