The Briarcliffe Fire Company has suspended multiple members as the Philadelphia metro area station remains under investigation for racist comments allegedly spoken during a virtual call in January.

As reported by 6 ABC Action News, the Briarcliffe Fire board made the decision Thursday night, roughly a week after the company’s station was shut down due to the racist call in which some firefighters allegedly mocked an 8-year-old Black girl shot dead by police.

“The Board voted to place certain members on administrative suspension pending the results of the Township’s investigation,” officials told Action News on Friday. “This is without prejudice to take further action at the conclusion of the Township’s investigation. The names of the members under administrative suspension will not be released at this time because this is an internal personnel matter.”

According to an NBC News report, after multiple participants signed off of the Jan. 27 meeting between Briarcliffe staffers and firefighters from other area stations — including the Goodwill and Darby Township fire companies — six members of the Briarcliffe squad remained on the virtual call for two hours after other participants logged off.

During their conversation, a member allegedly used the n-word to describe other firefighters and a fire chief from Darby Township, which has an all-Black staff according to Action News.

Per the report, another Briarcliffe member can be heard mocking of the name of Fanta Bility, who, as previously reported by theGrio, was killed last August after two teenagers — Angelo “AJ” Ford, 16, and Hasein Strand, 18 — opened fire at each other after a verbal spat. Three officers, in response, fired at a moving car and spectators leaving a football game taking place nearby. Bility, 8, and three others — including her sister — were shot. 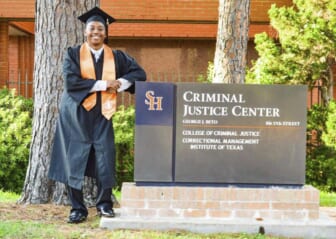 The Briarcliffe Fire Company Station 75 was placed under a 30-day shutdown after the virtual recording surfaced in early February, and operations remain temporarily suspended pending the ongoing investigation. Briarcliffe staff did not return a message NBC News left the company on Feb. 10.

Darby Township staffer Michael Pierce told NBC News that the alleged remarks were brought to light by a Goodwill Fire Company board member in a letter sent to the Darby Township Board of Commissioners.

WHYY News reported Friday that the video may not even represent the full extent of Briarcliffe’s racist misconduct, according to Tim Eichelman, president and deputy chief of the Goodwill Fire Company.

“Letters have been written to the township before about their behavior, and their racist remarks, but there was no action taken because nobody ever heard it,” Eichelman told WHYY News.

“We’ve had issues where [Briarcliffe firefighters] didn’t want to run to the lower end because [what] they said to me was, ‘We don’t want to work with them, because of what we get,’ and I’m like, ‘What are we getting?’ ‘You know what we’re getting,’” Eichelman later added.

The Briarcliffe squad, in response to the publicized recording, suggested they may have been unlawfully recorded without their knowledge in a statement reported by the Delco Times.

“Even so, we take this complaint seriously and we are in the process of an investigation to determine the true facts. Anyone taking part in such a conversation will be subject to severe internal discipline that may include expulsion from the company,” the Briarcliffe squad added, as reported by the Delco Times.