Sounds of Blackness talk about reparations, ‘Optimistic,’ being more than just a gospel group

TheGrio spoke with Sounds of Blackness about their NAACP Image Award-nominated single, ‘Time For Reparations.’

The 2022 NAACP Image Awards will air on Feb. 26, the climax to the final weekend of this year’s Black History Month. Up for Outstanding Gospel Song is the legendary musical collective, Sounds of Blackness, for their single, “Time for Reparations.”

The three-time Grammy-winning group’s latest song is an oral history of atrocities endured by Black Americans in the United States, from slavery to reconstruction, to Jim Crow all the way to the present. The group sings that reparations are “overdue” and it’s “time to pay up.” 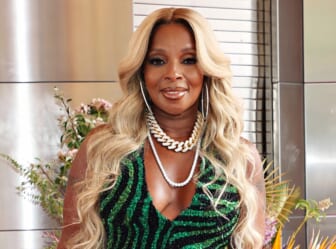 Although they are nominated in the gospel category, Sounds of Blackness has always been more than just a gospel group. Prior to their breakout hit single “Optimistic,” the group earned its reputation by playing the music of all genres in the stage shows. It was that kind of versatility that led Jimmy Jam and Terry Lewis to sign them to Perspective Records in the early 1990s, leading to other classics like “The Pressure,” “Soul Holidays” and “Hold On (Change is Comin’).”

TheGrio spoke with members of Sounds of Blackness, including long-time musical director Gary Hines, about their award-nominated single, their longevity, and how feasible reparations for Black Americans are today.

“Time for Reparations” has the lyrical execution of a Schoolhouse Rock song, with the propulsive power of a down-home church choir and the swagger of a rock and roll song. Hines says that the inspiration for the song came from a tradition of a familiar Negro spiritual that goes back hundreds of years.

“The subtext of ‘Time for Reparations’ is, of course, ‘Wade in the water,’” Hines told theGrio. “That means that God’s are going to trouble the water, we’re troubling the waters, the waters of injustice as we might have reparations. So, that was very deliberate.”

The song gets the listener up to speed on why reparations have been lobbied for. Sounds of Blackness vocalist Layce Dreamz says that they wanted to make sure fans remember why they are fighting for reparations. “The song takes you on a history lesson,” Dreamz told theGrio. “If you didn’t know anything about all the injustices to the people of color, Black people specifically, you got a little snippet of history.”

Dreamz continued by saying that the oppression that plagued the Black American since the 17th century is still prevalent today. “We’re still currently dealing with a lot of racial injustices; it just has been watered down over the years,” Dreamz stated.

“But we’re here to remind you with the song ‘Time for Reparations’ that things need to change. Things haven’t changed as much as people would like to believe that they have. But we are still hopeful that things are moving in the right direction.”

Hines feels that reparations are not only possible, but that the seeds have already been planted by local government around the country.

“It already is a reality, it’s begun in Evanston, Illinois. And again, Regional Black Caucus has introduced H.R. 40. So, we’re already at the beginning stages of reparations,” Hines said. “That’s where the importance of this song, ‘Time for Reparations,’ comes in because what comes from the heart reaches the heart. We wanted and needed an anthem that would champion the cause of reparations. And who better to do that than Sounds of Blackness?“

The track harkens back to a time when music with social and political messages and commentary were prominent among Black artists. Hines says that part of the motivation for recording “Time for Reparations” was to represent the times the same way other songs have for other American eras.

“Every manifestation of the movement for justice of our people has been accompanied by an anthem,” Hines said. “The civil rights movement had “We shall Overcome,” and the Black Power, Black Pride movement, had “Say It Loud (I’m Black and I’m Proud).” We can’t call ourselves Sounds of Blackness and not be in the vanguard for the movement, from George Floyd to Ahmaud Arbery.” 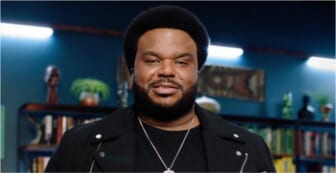 “Time for Reparations” was released in June 2021, the year that Sounds of Blackness celebrated the 30th anniversary of their biggest selling single, “Optimistic,” written by Hines with Jam and Lewis. One of the song’s featured vocalists, Carrie Harrington, says that the group still receives love and feedback about that song to this day.

Just like today, in 1991, Sounds of Blackness were seen as a gospel group. However, Hines says that they are more than just a gospel group, even to the chagrin of the gospel community.

“It’s impossible to appreciate the glory hallelujah of the gospel without the pain of the blues and the history and the spiritual,” Hines said. “The gift of Black folk is in the midst of this depression is to create all this amazing music: jazz, blues, gospel, R&B, soul, country – Yes, the country is Black music –  rock and roll – Yes, rock and roll is Black music. That’s the genius of our people. And so, we have to embrace that music and let people know that this is ours and we share it with the world. But on our terms.”