The two are also expecting their first child together.

The relationship between Da Brat and fiancée Jesseca “BB Judy” Dupart has reached its climax. The two were married on Tuesday in Georgia, according to PEOPLE.

Taking place at the Horse Mansion in Fairburn, the stars of Brat Loves Judy, tied the knot before 100 guests in attendance. Among those in attendance were model/actress Eva Marcille, singer/songwriter Kandi Burruss and her former reality show castmate, Porsha Williams. 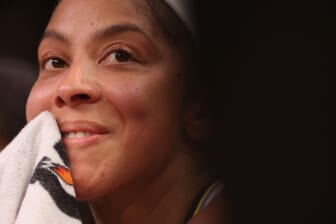 The two brides arrived at the ceremony in horse-drawn carriages, reminiscent of Cinderella. They walked down the aisle to Luther Vandross’ “Here and Now.” Jermaine Dupri, So So Def founder and Da Brat’s longtime friend and collaborator, served as a groomsman and escorted her down the aisle. The other bride-to-be was escorted down the aisle by her brother Damon Dupart, Jr.

The platinum-selling Chicago rapper and her now-wife explained the significance of having the wedding take place on February 22, 2022.

“We’ve been calling each other twin flames for a while. So this date, 2/22/22, is a significant event. We just didn’t want to miss it because it comes once in a lifetime,” Dupart continued.

“It’s relevant. It’s just real significant to our relationship. It signifies angel numbers, and it also is reminiscent of twin flames,” the couple told PEOPLE. 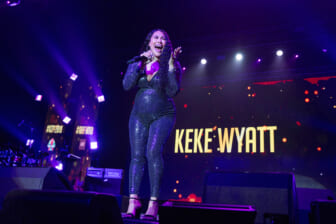 The wedding took place less than two weeks after Da Brat, 47, proposed at Dupart’s 40th birthday on Feb. 12, theGrio recently reported. This was the second proposal between the two, coming several months after Dupart popped the question to Da Brat during an episode of their WeTV reality series.

“I know every woman that dreams of a wedding dreams of all the things that comes with it,” Da Brat said during her proposal to Dupart. “Will you marry me too?” she added before Judy said, “yes” and nodded her head.

Meanwhile,  Dupart is currently pregnant with the couple’s first child. The couple announced the news on Dupart’s Instagram page, with the caption, “We are EXTENDING the family.”