The insurrection through the lens of a Black photojournalist

"I want to continue the conversation that even though [Black people] are underrepresented in mass media, we’re people out there telling some of the most important stories," says Shedrick Pelt.

Shedrick Pelt remembers the endless waves of flags and red hats on Jan. 6, 2021, as a crowd moved along Pennsylvania Avenue after President Donald Trump urged his supporters to stop Congress from certifying the results of the 2020 election.

As he was jostled along with the mass that was on the move toward the Capitol, the crowd became increasingly aggressive, even violent, he said. The 39-year-old freelance photojournalist knew he couldn’t let fear stop him from capturing this moment. The world needed to see the “attack on democracy through the lens of a Black photojournalist.”

“I’m coming into this situation, and I experienced it in a totally different way than my White colleagues did,” he said. 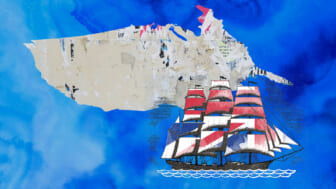 As the thousands of Trump supporters stormed the Capitol, claiming the 2020 election had been stolen from Trump, Pelt said it wasn’t just the sound of windows shattering and the smoke bombs clouding his vision that scared him. As a Black man wearing goggles and a large respirator covering his mouth, he knew he was a target.

“I started noticing when I was getting close to people that they would open their mouth coughing,” said Pelt. “It happened once and I thought okay maybe they’re just coughing, but then it happened again and again and again, and I was like, oh wow, they’re literally being violent towards me.”

Pelt said several rioters attempted to block his path, while others visibly coughed in his direction as he infiltrated the crowd. Despite the risks, the photojournalist said he needed to stay and share what he witnessed during the insurrection. There is no denying the truth of photography, he said.

“When there was a question of should I stay or should I go, I knew I needed to stay because I knew this story needed to be told,” said Pelt. “I wanted to make sure that there was a narrative you can lean on and is very truthful.”

When he reached a Capitol door that the crowd had forced open, he hesitated.

“As a Black man in America, there is a wall that is in front of you,” said Pelt. “If I go in there, I may be attacked as one of them, not even by the insurrectionists, but by the police.”

Pelt felt especially vulnerable when he realized his cellphone didn’t have service.

“As soon as I felt like I couldn’t reach out to people or even call for help, I felt surrounded,” said Pelt. “Even though I was surrounded the entire time, that was a very visceral moment.”

Pelt’s friend, Jordan Henson, said he repeatedly tried to contact the photographer, fearing for his safety as he watched the insurrection unfold on TV. 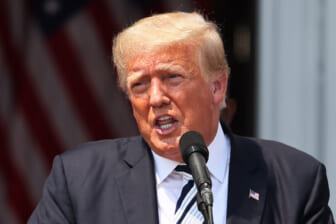 “Him being there representing as a Black photojournalist, and a freelance photojournalist at that, showed courage because he was placing himself in harm’s way to document global news,” Henson said.

A showing of Pelt’s photo coverage of the insurrection and subsequent barricading of Capitol Hill and much of downtown Washington will debut Friday at Gallery O on H Street in the city. The curated exhibition, “Attack on Democracy: Through the Lens of a Black Photojournalist,” is being hosted by Pelt and the BlkArthouse — a nonprofit dedicated to increasing access and representation of Black artists.

Tatiana Rice, founder of BlkArthouse, said she connected with Pelt, an independent photojournalist for over 10 years, after hearing about his work from another member of the Black arts community in Washington.

“A lot of [Black] photojournalists are working for big corporations and media networks, and they can’t just have a show like Shedrick does,” said Rice. “Shedrick is an independent photographer. He’s able to lend his voice and be like this is what it was like being there as a Black person, so this is really important because it showcases that perspective.” 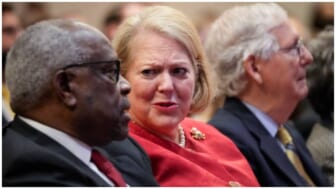 Rice said the exhibition lends the unique voice of Black photojournalism, which she said is underrepresented in mainstream media.

During the debut, Rice will interview Pelt about Jan. 6 and the importance of Black photojournalism.

“I want this exhibition to show the reality of what happened that day,” said Pelt. “But also, I want to continue the conversation that even though [Black people] are underrepresented in mass media, we’re people out there telling some of the most important stories in history.”