Last year, Virginia 'Ginni' Thomas wrote an email to her husband’s clerks apologizing for supporting the Stop the Steal rally

The conservative wife of Supreme Court Justice Clarence Thomas allegedly had ties to organizers of the deadly riots at the U.S. Capitol on January 6, 2021.

The New York Times reports that Virginia “Ginni” Thomas serves on the board of the right-wing activist group C.N.P. Action, the political advocacy arm of Council for National Policy, which urged its 400 members to “pressure” GOP lawmakers in three of the swing states — Arizona, Georgia and Pennsylvania – to challenge the 2020 election results. The goal was to keep then-President Donald Trump in power.

Former President Ronald Reagan once praised the group for seeking the “return of righteousness, justice and truth” to America, according to the report. 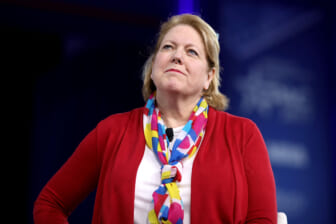 The Times article published Tuesday also reported on Thomas’ connections to organizers of the 2021 Stop the Steal rallies in support of Trump. Ginni took to Facebook amid the protests to express explicit love for the violent chaos carried out by supporters of Trump, theGrio previously reported.

In one post, she shared, “LOVE MAGA people!!!! GOD BLESS EACH OF YOU STANDING UP or PRAYING!” she wrote, The Washington Post reported.

The Times piece noted that Thomas played a “peacemaking role” between different organizations involved with the Stop the Steal rallies.

“The way it was presented to me was that Ginni was uniting these different factions around a singular mission on Jan. 6,” Dustin Stockton, who helped organized the Ellipse rally on Jan. 6, told The Times.

According to The Times report, the conservative nonprofit Turning Point USA sponsored the Stop the Steal event and provided buses for rallygoers who were against the confirmation of President-elect Joe Biden. Thomas served on the advisory board of the organization. 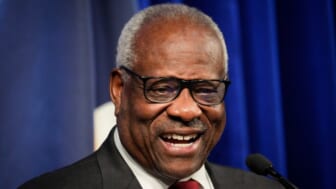 Thomas reportedly helped craft lists of “disloyal” government officials, and detailed memos are said to have been written by Groundswell over the past year-and-a-half, theGrio reported.

Last year, Ginni wrote an email to her husband’s clerks apologizing for supporting the Stop the Steal rally, theGrio reported.

“My passions and beliefs are likely shared with the bulk of you, but certainly not all. And sometimes the smallest matters can divide loved ones for too long,” she said in a private listserv email obtained by The Washington Post. “Let’s pledge to not let politics divide THIS family, and learn to speak more gently and knowingly across the divide.”

She also said “I owe you all an apology. I have likely imposed on you my lifetime passions.”