Lt. Gov. Dan Patrick says he plans to introduce legislation next year that would make the subject grounds for termination

The former right-wing radio show host told reporters at the state capitol building in Austin on Feb. 18 that he wants to end tenure eligibility for all new hires at public universities and plans to introduce legislation next year that would make tenure reviews an annual process instead of one that takes place every six years, as reported by the Houston Chronicle.

“Tenured professors must not be able to hide behind the phrase ‘academic freedom,’ and then proceed to poison the minds of our next generation,” Patrick said in a statement. 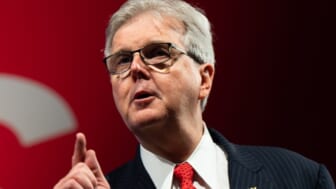 His remarks came four days after the Faculty Council at the University of Texas at Austin voted in favor of a resolution declaring professors’ academic freedom to teach lessons on race and gender theory.

Patrick said he was “outraged” by the move. He began crusading against the concept of critical race theory last year after the topic emerged as a hot-button issue among conservatives across the country. 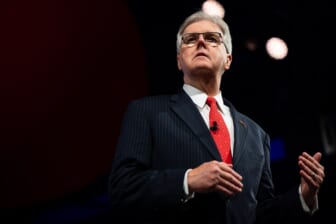 “Universities across Texas are being taken over by tenured, leftist professors, and it is high time that more oversight is provided,” Patrick said. “We will define teaching Critical Race Theory in statute as a cause for a tenured professor to be dismissed.”

Critical race theory is an academic concept that posits racism is embedded in legal systems and policies, according to EdWeek. It has primarily been taught in law schools since the late 1970s, but became a subject of controversy during the summer of 2020 when conservative activist Christopher Rufo discussed it on Fox News, according to the Washington Post.

Rufo has admitted deliberately conflating general topics of race raised in the classroom with critical race theory, which has been used to fire up the conservative base.

More than 100 bills seeking to limit conversations on race in schools were introduced in statehouses across the nation between Jan. 27, 2021 and Feb. 22, 2022, as theGrio reported previously.