Samuel L. Jackson has responded to Joe Rogan’s apology for repeatedly using the N-word on episodes of The Joe Rogan Experience on Spotify.

Jackson recently spoke to The Times about Rogan saying his use of the racial slur has been taken out of context.

“He is saying nobody understood the context when he said it, but he shouldn’t have said it. It’s not the context, dude — it’s that he was comfortable doing it. Say you’re sorry because you want to keep your money, but you were having fun and you say you did it because it was entertaining,” said Jackson.

Jackson believes that using the N-word in media is only appropriate when it is “an element of what the story is about. A story is context — but just to elicit a laugh? That’s wrong.” 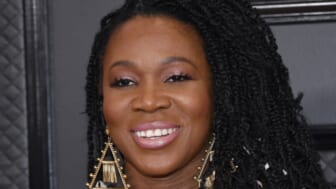 A Quentin Tarantino film, for example, would be an acceptable medium for the overuse of the N-word, according to Jackson’s logic. He has long defended the filmmaker’s use of the N-word in his films, several of which have featured the veteran actor.

Tarantino’s Django Unchained reportedly includes the N-word hundreds of times. The word is used just as many times in The Hateful Eight.

“While we were rehearsing Django Unchained, Leo [DiCaprio] said, ‘I don’t know if I can say [the N-word] this many times,’” Jackson said. “Me and Quentin said that you have to. Every time someone wants an example of overuse of the N-word, they go to Quentin — it’s unfair. He’s just telling the story and the characters do talk like that. When Steve McQueen does it, it’s art. He’s an artiste. Quentin’s just a popcorn filmmaker.”

Meanwhile, Rogan’s apology for repeatedly using the N-word came after as many as 70 episodes of his insanely popular podcast were removed from Spotify.

In an Instagram video shared earlier this month, Rogan addressed what he called “the most regretful and shameful thing that I’ve ever had to talk about publicly.”

“There’s been a lot of shit from the old episodes of the podcast that I wish I hadn’t said, or had said differently,” Rogan said.

Grammy Award-winning musician India Arie was the first to share a compilation video showing Rogan using the slur numerous times in the past, theGrio reported. At the time, she seemingly supported calls to cancel Rogan over his “language around race.”

Rogan said many of the clips Arie shared were “taken out of context of 12 years of conversations on my podcast.” 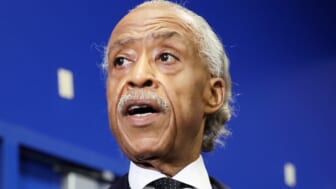 “I know to most people, there’s no context in which a white person is ever allowed to say that word and I agree with that now,” Rogan added. “I haven’t said it in years.”

After Rogan apologized, Arie appeared on CNN and said of Rogan, “I have to say, I did think he did a fine job with his apology.”

“He said a lot of the things I would want to hear someone say,” she told host Don Lemon. “The thing that stuck out for me most was when he said, ‘It’s not my word to use.’ And I think changed behavior is what we’re really looking for.”

Many fans and social media users were left scratching their heads at her comments and wondering if the singer had been paid to suddenly flip and script and publicly support Rogan.