EXCLUSIVE: TheGrio’s April Ryan was part of the president's annual luncheon with news anchors to preview his State of the Union speech. 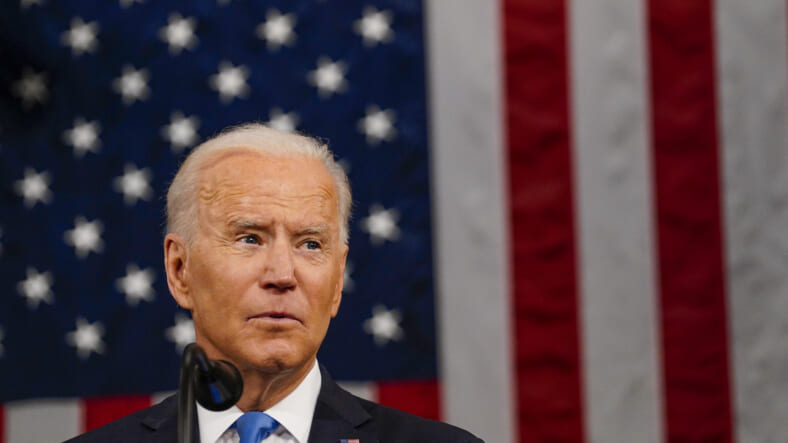 President Joe Biden addresses a joint session of Congress in the House chamber of the U.S. Capitol April 28, 2021 in Washington, DC. On the eve of his 100th day in office, Biden spoke about his plan to revive America’s economy and health as it continues to recover from a devastating pandemic. (Photo by Melina Mara-Pool/Getty Images)

All eyes will be on President Joe Biden tonight as he delivers his very first State of the Union address to lay out his legislative agenda, tout his administration’s successes and communicate the nation’s challenges.

Black voters will surely be paying attention to what President Biden’s message will be as it relates to issues that are most important to them.

TheGrio’s April Ryan was part of the president’s annual luncheon with news anchors to preview his State of the Union speech just hours before it is delivered at 9 p.m. ET. In total, President Biden met with eight national network anchors. 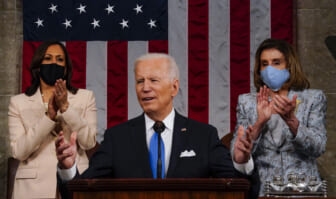 Although the conversation was off the record, the president did release a statement about Russia’s invasion of Ukraine — a topic that will be at the opening of his State of the Union remarks. President Biden said there is, “determination to see to it that the EU and NATO and all of our allies are on the same page in terms of Russia’s invasion on Ukraine…that is one thing that gives us power against Putin in the long term.”

While there will be a focus on foreign policy and Ukraine, there will also be a host of domestic issues in what could be an hour-long speech, including matters of policing and voting rights – two very important issues to Black Americans.

As for voting rights, President Biden will make the case that voting is a fundamental right that all Americans should have access to. Protection against voter suppression and discrimination, he will argue, is tantamount to American democracy.

LaTosha Brown, the co-founder of Black Voters Matter, told theGrio that voting rights will be the issue she will be listening out for the most. “I think that it is going to be really important that the president lifts up voting rights, particularly the John Lewis Voting Advancement Act, as a key issue for his administration.”

“We’re less than a week away from the 57th anniversary of the Selma to Montgomery March, and people may recall that Bloody Sunday happened when we had 600 marchers from Selma, Alabama that were viciously attacked and beaten on the Edmund Pettus Bridge for simply marching for the right to vote.”

Brown added, “And so I hope that in this moment there’s a recommitment and the lifting up of that work, but also a recommitment of it in this moment now. And I think one way to do that is for him to give his assurances that he and his administration are going to make sure that they pass voting rights legislation to include the John Lewis voting advancement act.” 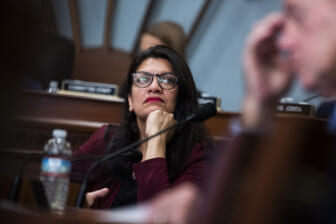 Also Read:
In response to Biden’s State of Union, Rep. Rashida Tlaib will state facts though centrist Democrats don’t want to hear it

The 46th president of the United States will also talk about increased funding for law enforcement, community policing and accountability.

Marc H. Morial, President and CEO of National Urban League told theGrio, “We are seeing a dramatic shift in the federal government’s approach to racial and economic justice. Just last week, we saw convictions in the federal prosecutions of the Minneapolis police officers who enabled George Floyd’s murder, and the vigilantes who murdered Ahmaud Arbery – along with several ‘pattern or practice’ investigations of police around the country, these are a clear indication of the Justice Department’s commitment to its mission.

He added, “The Biden-Harris administration planted its flag for racial equity and inclusion on Day One, which was the all-important first step. We need to see that commitment flowing into every level of every federal agency – and we in the civil rights community will hold every federal official to account.”

The COVID-19 pandemic will also be a part of the president’s speech, as well as the issue of inflation prices, which the White House has continuously addressed in recent months. Inflation, particularly prices at the gas pump, is linked to the supply chain kink and a hike in grocery prices due to a host of challenges domestic and abroad. On a related note, for example, Ukraine happens to be one of the largest producers of wheat. The price for wheat supply has risen as Russia continues to fire missiles in Ukraine.

Like every presidential State of the Union, President Biden will certainly focus on jobs – an issue where racial disparities continue to persist.

Valerie Rawlston Wilson, director of the Economic Policy Institute’s Program on Race, Ethnicity, and the Economy (PREE), told theGrio that “Large and persistent racial disparities in unemployment and wages are a defining feature of the U.S. labor market.

“Not to address the difference in how Black workers are faring in the labor market as compared to everyone else would be an incomplete assessment of the state of the union.” 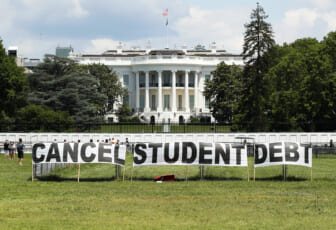 Noting President Biden’s public commitment to focus on racial equity as a priority in his administration, Wilson added, “In light of the failure to get two key pieces of legislation through Congress that addressed some of the most important economic and civil rights issues of concern to Black voters (i.e., the Build Back Better Act and the Freedom to Vote Act), there needs to be a clear statement about what the President will do to continue to fight for those issues. Black voters need to know the President has not abandoned the pursuit of racial equity.”

President Biden’s job approval rating among polled voters has significantly dipped both nationally and among Black voters – though Black voters overwhelmingly still support the Biden-Harris administration at 73%, according to HIT Strategies, an agency that tracks public opinion among Black and underrepresented communities.

Terrance Woodbury, the founding partner at HIT Strategies, told theGrio that President Biden’s drop of support from voters is largely due to messaging.

“The overwhelming majority of Black voters approve of Joe Biden. Seventy-three percent is an overwhelming majority. The problem is it’s much lower than the 90% that it was a year ago. That 90% approval was near Obama-level approval among Black voters,” Woodbury told theGrio. “So dropping down to just 73% is a precipitous decline among his most loyal voters. And it’s driving the more national decline.”

Woodbury said he believes President Biden’s decline in polling is due to a “messaging problem more than a governing problem.”

“I think that Joe Biden has, in fact, when we look across the top issues…has in fact made significant progress. [He] has either closed the vaccination gap between Black people and white people [and] he has effectively closed the mortality gap…Black people were six times more likely to die from COVID when Joe Biden was elected. Now they are just as likely to die from COVID,” he said. “That is Black lives that are saved because of direct interventions, because of him prioritizing the communities that were most disproportionately affected.” 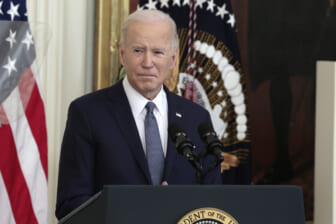 Without a doubt, President Biden will tout his recent historic Supreme Court nomination of Judge Ketanji Brown Jackson. Woodbury said he expects the president “will make a case for her for why she should be confirmed expeditiously.”

Something Woodbury said President Biden should be mindful of as he also touts his legislative agenda is something he heard from a HIT Strategies focus group with voters.

“Passing legislation in Washington is a win for politicians in Washington. Until that infrastructure bill reaches Augusta, Georgia and Columbus, Ohio, and until they can access those 16 million jobs created by infrastructure until he actually pulls up these lead pipes in Flint then passing the legislation hasn’t helped them,” he said.