FedEx says the endowment will help ensure MVSU students won't be turned away because they can't afford to fund their education.

FedEx is giving $100,000 to Mississippi Valley State University to create a new scholarship endowment at the southern HBCU.

The delivery company’s logistics subsidiary, FedEx Logistics, announced the move on Monday in conjunction with the $1 million pledge FedEx made to MVSU a year ago to fund a customized career readiness program at the university, according to a press release.

FedEx said the scholarship endowment will help ensure MVSU students pursuing a degree won’t be turned away because they can’t afford to fund their education at the Itta Bena, Mississippi-located college.

“FedEx Logistics will continue breaking down barriers so that underrepresented groups have a roadmap to access and achieve success,” FedEx Logistics President and CEO Dr. Udo Lange said in a written statement.

Historically underfunded HBCUs across the country have received large capital injections from major companies and wealthy philanthropists in the aftermath of the police murder of George Floyd in May 2020 and the racial reckoning that erupted in corporate America in its wake.

Blue chip firms such as Google, Apple and Citigroup have launched programs to improve diversity at all levels of their workforces and increase racial equity in the U.S.

In 2019, FedEx Logistics opened a student-staffed satellite office at MVSU’s campus, creating a talent pipeline for its customs brokerage operations. The company said its scholarship endowment is a continuation of its commitment to the school. 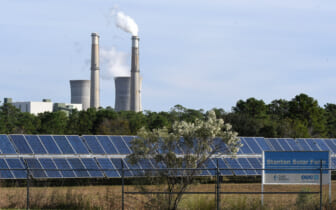 MVSU President Dr. Jerryl Briggs Sr. said the new scholarship endowment will give the school’s students “a blueprint to aid in their educational and career path.”

“The company’s continued support,” he maintained in a statement, “has been paramount to our efforts to encourage and inspire our scholars.”