Hastings is partnering with philanthropist Patty Quillin on the incredible monetary gift. 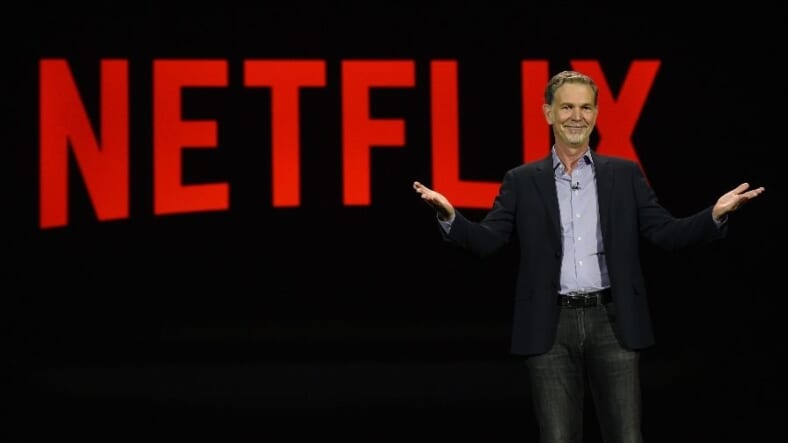 In an effort to cut down on the level of debt students graduate with, Netflix CEO Reed Hastings and philanthropist Patty Quillin gifted an extraordinary monetary boost in support of Historically Black Colleges and Universities. Spelman College, Morehouse College and the United Negro College Fund will receive $40 million each for student scholarships.

“We’ve supported these three extraordinary institutions for the last few years because we believe that investing in the education of Black youth is one of the best ways to invest in America’s future,” Quillin and Hastings said in a statement. “Both of us had the privilege of a great education and we want to help more students – in particular students of color – get the same start in life.”

The statement continued, “HBCUs have a tremendous record, yet are disadvantaged when it comes to giving. Generally, white capital flows to predominantly white institutions, perpetuating capital isolation. We hope this additional $120 million donation will help more Black students follow their dreams and also encourage more people to support these institutions – helping to reverse generations of inequity in our country.”

When it comes to funding, the initiative is needed. While the median endowment across all of America’s HBCUs is $15.7 million, the amount stands at $36.8 million for non-HBCUs, and zero HBCU endowment ranks in the top 100, according to the statement.

The gift follows the pair’s pattern of financially empowering education as mirrored by their decades of donations to KIPP, a network of charter schools serving a majority of low-income Black and Latino students. Dr. Mary Schmidt Campbell, president of Spelman College, Dr. David A. Thomas, president of Morehouse College and Dr. Michael L. Lomax, CEO of UNCF acknowledge the consistency.

“I think part of what we need in our society now is leaders who apply the leadership that they apply in every other sphere, and who are building authentic relationships that help them figure out how to align their organizations and their resources with the social ends that they say they want,” Dr. Thomas told theGrio in an exclusive interview. “That’s what this represents: leadership, relationship, and alignment. To me, this is Reed and Patty aligning their resources with the social action that has been part of their philanthropic history, as far as I know, because I’m familiar with KIPP Academy quite well.”

Campbell went on to stress the importance of Patty and Reed’s “20-year history of working and trying to reach educational equity.” When the duo would visit Spelman and Morehouse’s campuses they would speak with students who had previously been enrolled in the Knowledge is Power Program, according to Campbell.

“They could see what our colleges were doing and they continued to get development. I think it’s very important that the gift came from them because they’re veterans in this whole movement to change,” she explained. “I think it’s important because it’s for us and for our students and for the faculty who work here, because it’s an affirmation. It’s an affirmation of the work they do day after day after day. They get recognition, but never like this. This is historic. And so to say yes to those gifted students who’ve come in and who now have a chance to thrive without thinking about debt or their financial barriers…it’s just an extraordinary statement that we hope is going to inspire other people to give in the same way.”

READ MORE: Little Richard will be buried at Alabama HBCU he attended in the 1950s

The two HBCUs nestled on the southwest side of Atlanta are not the only Black institutions benefiting from this benefaction. UNCF, founded in 1844, provides student scholarships to coeds attending HBCUs across the country and directs funding to 37 institutions. According to their website, UNCF has helped to more than double the number of minorities attending college since its inception.

Their CEO believes the charity displayed by Hastings and Quillin demonstrate purpose and will continue in furthering UNCF’s mission.  The contribution amplifies a togetherness between both entities to reach a common goal.

“Patty and Reed’s gift has three real big ingredients. It has magnitude. It’s big. It’s also very much an intentional gift,” Lomax remarks to theGrio. “They are doing this because they see a problem and an opportunity and they’re focusing their resources toward it.”

He continued, “The other thing that it is not, is it’s not prescriptive. It’s not telling us, ‘Do this and do it the way we tell you to do it.’ It is a partnership, and the partnership which Patty and Reed have had with UNCF has been a partnership that respects our leadership and recognizes our knowledge about the problem and says, ‘Here are resources. Deploy them so that they have an impact.’ [What] they’ve said to us is, ‘We want it to be about youth, but Michael, you make the decisions.'”

For Hastings, he hopes the public display of devoting millions to our nation’s most vulnerable colleges and universities will inspire others who are financially able to do the same. Although his ongoing relationships with the aforementioned educational leaders influenced his giving decisions, he remains adamant that an investment in HBCUs is an investment in America. He does so by not centering himself, but turning the spotlight on legacy.

“In the first waves of the education reform 1990s, I think it was less so. I think everyone’s realized that the authenticity, the inspiration of tremendous black leaders can make a real difference,” Hastings said to theGrio. “For example, we didn’t name it ‘The Patty and Reed Fund’ or that kind of thing. At Morehouse, this is the Dr. Michael Lomax Fellowship, because we want Morehouse fellows to look up at the life that Dr. Lomax has lived and be inspired by that.”

He continued, “At Spelman, it’s W. Roundtree, a famous graduate who graduated 1938, served in the US military, got a law degree and fought some of the early civil rights cases in the 1950s. She lived 140 years, life did not hold her back. She persevered. Two amazing, inspirational people. And so the ‘dubbies,’ as they’ll be called Spelman, will be this great fellowship of people who look up and read about W. Roundtree. Everyone needs role models and examples, and we’re very comfortable being in the background and supporting this. Again, the credit is to Dr. Lomax, we’ve known each other now for four, 10, or 15 years. It’s through that that you really develop relationships and trust.”