Authorities in Belleville, Illinois, told theGrio on Tuesday they're struggling to gather new leads on Beverly Logan, whose parents haven't heard from her since Jan. 25.

Authorities in Belleville, Illinois, are asking the general public for new information on the location of Beverly Logan, the 32-year-old local resident who has been missing for more than a month.

St. Clair County Sheriff’s Office officials in Belleville told theGrio on Tuesday that they haven’t received any new leads on Beverly, whose mother, Trina Logan, and father, Willie Logan, haven’t heard from her since Jan. 25. 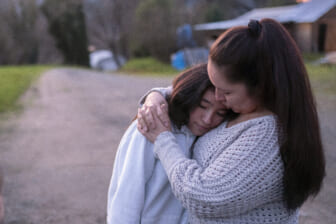 “We’ve not received any other information as to her whereabouts and she’s yet to make contact with her family,” St. Clair County Sheriff Capt. Bruce Fleshren told theGrio on Tuesday.

Beverly’s parents filed a missing persons report with the local sheriff’s office on Feb. 13, according to the department. Sometime prior to the report being filed, the sheriff’s office said Beverly was at a residence on Ross Lane outside Belleville.

Officials later discovered that she also was previously in Warrenton, Missouri, with a “male friend.”

Beverly’s parents told KSDK-TV last week that their daughter lives with a “male associate” in the 400 block of Ross Lane in the Belleville area. Fleshren confirmed that the unnamed man’s rental car, a blue Nissan Versa, is also missing.

The sheriff’s office said Beverly was last in possession of the rented vehicle, which has an Alabama license plate number CH1006.

“We have not located the car at this time either,” Fleshren said. “We’re continuing to look for both of them, the male she was with over in Missouri as well as the car. We’re hoping that the car will turn up somewhere if nothing else. But so far we’ve not had any information to go on.”

Trina Logan told KSDK that the text conversation she had with Beverly on Jan. 26 was the last time she’s heard from her daughter. 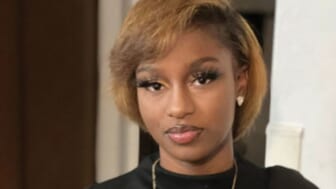 Also Read:
Cousin arrested in connection with the disappearance of Detroit teen

“She has never gone two weeks without even contacting us,” Trina Logan said.

Investigators haven’t given up hope of finding Beverly alive, according to Fleshren. “We’re still positive, but we don’t have anything right now,” Fleshren said.

Anyone with information can contact the St. Clair County Sheriff’s Department at 618-825-5204.