We must call out the media’s racist coverage of Ukrainian vs. non-European refugees

OPINION: Rather than speak of all refugees with the humanity they deserve, reporters have decided to pick and choose those who are worthy of media attention. 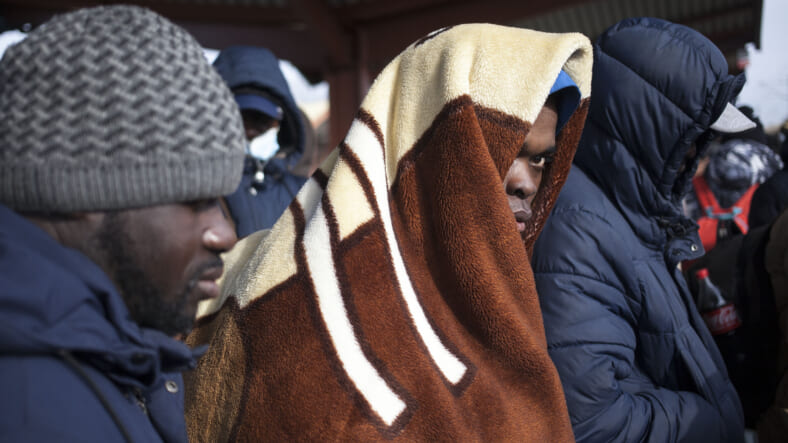 White reporters are really in their feelings over the sight of white refugees.

Some of the news media have done an atrocious job of covering the unfolding refugee crisis in Ukraine, as thousands of people flee the Russian invasion of the country. Openly displaying their racial bias, reporters said the silent part out loud as they regard white Ukrainian refugees as “civilized” and dismissed non-European refugees as poor, dirty savages.

Whether in U.S. or foreign media, a glimpse of the news coverage tells the story.

“This isn’t Iraq or Afghanistan…This is a relatively civilized, relatively European city,” CBS foreign correspondent Charlie D’Agata said of Kyiv. While D’Agata apologized for his comments, the damage was done and we got the message.

“What’s compelling is looking at them, the way they are dressed. These are prosperous, middle-class people,” said Al-Jazeera anchor Peter Dobbie, speaking on the Qatari news network. “These are not obviously refugees trying to get away from the Middle East…or North Africa. They look like any European family that you’d live next door to.” 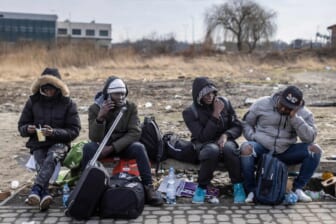 “This time, war is wrong because the people look like us and have Instagram and Netflix accounts. It’s not in a poor, remote country anymore,” said Daniel Hannan in the Telegraph.

We cannot downplay the more than 600,000 people who have fled so far, and as many as 4 million could escape the country in the end. After all, war is hell, and refugees go through circumstances we cannot imagine. Ask the people in Somalia, Ethiopia, Haiti, Yemen, Syria, Palestine, Iraq, Afghanistan and elsewhere who have been displaced and left homeless, threatened with torture, starvation and death. These are the victims of war and economic devastation, climate change and political persecution.

According to the UNHCR, at least 84 million people around the world have been forced to flee their homes because of conflict and persecution. Of these, 35 million are children. And millions more are stateless and lack basic rights and necessities.

Rather than acknowledge the pain Ukrainian refugees are experiencing and speak of all refugees worldwide with the humanity they deserve, reporters have decided to pick and choose those who are worthy of media attention. Calling Ukrainian refugees “civilized” assumes they are immune from the suffering normally reserved for darker-hued throwaway folks. Acting as if Europeans are unfamiliar with war, these reporters failed to do their research, which would have revealed that as many as 65 million people have died from war and genocide in Europe since 1801. We won’t even get into the genocide Europeans have committed against indigenous people in Africa, Asia, the Americas, Oceania and other parts of the global south.

Meanwhile, the media ignored the plight of tens of thousands of students from Africa, Asia and the Arab world who live in Ukraine and are desperate to leave. At least two students from Algeria and India were killed, amid reports of poor treatment of African students and migrants fleeing Ukraine, including Ukrainian border guards beating Africans and blocking them from boarding buses and leaving the country. Around 20 percent of foreign students in Ukraine are from Africa, including 4,000 from Nigeria. Members of the U.N. Security Council from Gabon, Ghana and Kenya condemned the racial abuse these African refugees have faced.

Even when crossing the border and fleeing from violence, these people cannot catch a break.  Sadly, the harsh treatment of non-European refugees in Ukraine mirrors the attitude of white nationalist governments and politicians in Europe, the United States and elsewhere who view nonwhite immigration as a disease and refugees of color as a threat to the integrity and security of their country.

The prevailing media narrative erases the diversity of Europe and the presence of Black people on the continent—who date back to the first Europeans thousands of years ago—and oppressed minority groups such as the Roma and Sinti—who are of Indian descent—and the indigenous Sámi people. And let us not forget the Russians who were arrested in Moscow’s Pushkin Square while protesting against the Russian invasion of Ukraine. That square is named for Alexander Pushkin, the greatest Russian poet of all time, who was of African ancestry. 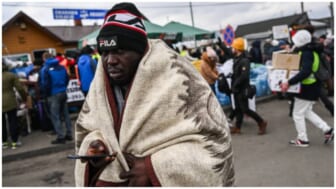 This is why diversity and inclusion in journalism matter. More than three-quarters of newsroom employees in the U.S. and 94 percent of British journalists are white. When journalists lack sensitivity, training and understanding on issues of race, and there are few reporters on staff in the mold of Terrell Starr, this is what happens. When the reporters do not reflect the breadth and scope of the world they cover, this is what you get—folks reporting with a color-coded, separate-and-unequal attitude that values refugees with white skin and treats refugees in various shades of brown and black with disrespect. This journalistic apartheid is shameful but also very predictable.