A group of Black politicians in Charlotte, North Carolina, wants the city to put in safeguards to protect African American residents they fear could be disproportionately affected by a proposed transportation project.

The Black Political Caucus of Charlotte-Mecklenburg said in a press release it’s concerned about a proposed $13 billion-plus light rail system that could be funded with a 1-cent sales tax.

The caucus points to a 2007 transportation expansion that resulted in the gentrification and displacement of Blacks from their neighborhoods.

The Charlotte Observer reported that following the development of a light-rail train system, developers swooped in to build anew, renovate apartments and construct higher-end restaurants along a corridor now more easily accessible. 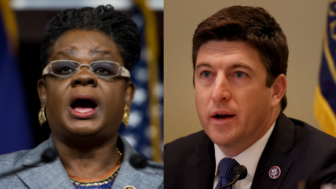 Also Read:
Republicans and Democrats clash during hearing on racial discrimination in housing

The caucus worries that this latest proposed expansion — which would, among other things redesign the bus system and expand streetcar access — could have the same effect.

“These projects will significantly affect the Black community’s access to quick and efficient transportation, affordable housing, ability to maintain homeownership, upper mobility and other economic opportunities,” caucus chairwoman Stephanie Sneed contended at a Tuesday press conference, per the Observer.

“In the past, our communities have been gutted by transportation,” she said.

The Rev. Janet Garner-Mullins, who spoke at the press conference, was succinct. “Black and brown persons living close to the light rail should not be displaced like they’re trash,” she said during a WCNC newscast.

The caucus wants to see Charlotte follow the lead of Austin, Texas, which will also construct a light-rail system as part of a transportation plan approved by voters last year. Austin will allocate $300 million in “anti-displacement” funds to buy property along its transit corridor for affordable housing.

Concerned about housing, the group wants 10% of the available units along the rail development to be affordable. The caucus would also like to see a “disadvantaged business” participation in the transit plan, as well as improving minority vendor involvement. 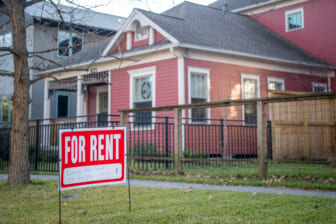 Also Read:
Rents reach ‘insane’ levels across US with no end in sight 

A group of Charlotte officials went to Austin Wednesday to begin studying their transportation system.

The caucus made clear it needs a lot of information before supporting any proposed system and the tax that would come along with it. There is currently no timeframe for placing the tax question before voters.