The Reset with Coach Tish: Job, Career or Calling?

In this week's episode, find out how to distinguish between the three and how to find your sweet spot for success.

I’ve had plenty of jobs and two careers and finally, after 33 years of work and somewhat of a bumpy ride, I’ve arrived at my calling. Before I became a Life and Career coach I didn’t know there were actual researched-based distinctions between a job, career or calling and it all makes sense now. Much of the angst I felt around working jobs I didn’t love was rooted in what I thought I should be doing at the time. I didn’t just embrace where I was and trust where I was going.

While I was working a job I had my eye on a career, when I was in my career I confused it for my calling and wondered why I wasn’t deeply satisfied with my work. Round and round and I went wrestling with my career trying to make it my calling and when It didn’t measure up I thought something was wrong with me. Sigh, I want to give 27 year-old Letisha a hug, girlfriend was so confused. 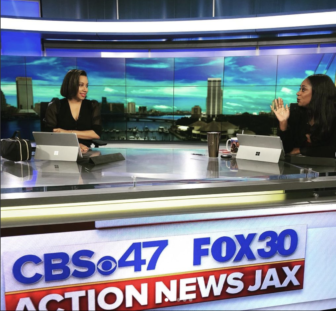 Here’s what I wish I knew then: Each job and career  (I’ve had two) would be used to usher me into my calling as a life + career coach and founder of a media company. Maybe I would’ve been more present and enjoyed the ride to get here more. I can’t go back in time, but I can help you embrace where you are and clarify where you want to be.

Here’s what I want you to take away from this:

According to research by Dr. Amy Wrzesniewski, a professor at Yale School of Management, people relate to their work in three different ways: As a job, career or calling.

Here’s what her research shows:

Jobs:  People who have jobs are only interested in the material benefits from work and do not seek or receive any other type of reward from it. Someone working a job, If they were financially secure, would no longer continue with his current line of work, but would really rather do something else instead. This person wishes time would pass more quickly, and always anticipates the weekend.

Career: Someone who’s working in their career sees themselves as having a deeper personal investment in their work and marks their achievements not only through monetary gain, but through advancement within the workplace. They don’t see themselves at their current job in five years and have plans to move on to something better. Work can seem like a waste of time but they are motivated to stay because their current position sets them up for the next best thing.

Calling: A person with a calling works not for financial gain or career advancement, but instead for the fulfillment that doing the work brings to the individual. Someone working in their calling, according to the research, is someone who thinks work is one of the most important parts of their life. They have a sense of purpose and an emotional connection to the work. 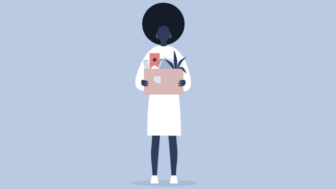 Also Read:
More people are quitting their jobs (I’m one of them) — Here’s why

Wrzesniewski’s research shows people who viewed themselves as living out their calling reported higher satisfaction with their lives and work.

So, how do we get there?

The first step is the easiest. Be honest with yourself about where you are and where you want to be. The second step is harder. You’ve got to appreciate and have gratitude about where you are. This will help you drop the attitude and focus on where you’re going. Just because you’re working a crap job or got caught up in the proverbial career leader doesn’t mean it’s not all working for your good. You can choose to look at it this way.

Now that you’re aware of what stage you’re in, you can avoid the mistake I made year after year. You can stop trying to make your work something that it’s not and begin figuring out what your calling is. You’re on your way, I know it. If you have decided to build a career in the healthcare industry, you may consider starting as a medical assistant by taking Online medical assisting classes. You may also check out openings at UTMB Health: Houston Physicians Hospital Jobs and other options.