Lamar Jackson won a Heisman Trophy while playing college football, and a most valuable player award in the pros — the ninth player ever to achieve those honors. Jackson, though, thinks he still has a lot to prove, and being Black has something to do with it.

Jackson appeared on an episode of “The Shop,” LeBron James’ YouTube interview show. James said during the episode that while bias against Black quarterbacks is still there, it’s dying off.

Jackson responded, “It’s still there. That’s why I need that championship.”

The league has certainly come a long way since Marlin Briscoe became the NFL’s first Black starting quarterback in modern football in 1968. He moved to wide receiver in 1969, the year the Buffalo Bills selected James Harris.

Harris would have a decade-long run as a starting quarterback. He made the Pro Bowl in 1974 and was the first Black quarterback to be named that game’s MVP. 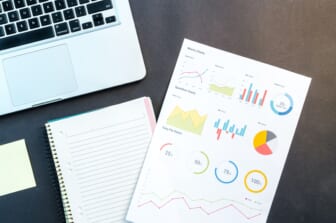 Last season, roughly one-third of NFL teams had Black quarterbacks. Kyler Murray of the Arizona Cardinals, (8), the Dallas Cowboy’s Dak Prescott (9), Russell Wilson of the Seattle Seahawks (11), and Jackson (14), who plays for the Baltimore Ravens, were the highest-rated in the league.

Patrick Mahomes, who is biracial, ranked third and is widely regarded as the best young quarterback in the league.

Jackson may be a free agent following his upcoming season and would seem to be in line for a $40 million or more annual contract.

But despite his accomplishments as the fastest quarterback to get to 5,000-yards passing and 2,000-yards rushing, past slights have stuck with him.

During the interview, James noted that his critics claimed he wasn’t a real quarterback. While playing at Louisville, he relied on a passing and electric running game. But several scouting reports doubted he had the passing skills to succeed in the NFL.

There was so much doubt that scouts even asked Jackson to work out as a wide receiver during the 2018 draft combine. When James asked him why, Jackson replied, “I have no idea.”

But he’s having something of the last laugh. He wasn’t selected until the last pick of the first round (32) and four other quarterbacks were taken ahead of him. Only Josh Allen, selected by the Buffalo Bills, is close to his caliber of player, according to some experts.

Editor’s note: A previous version of this story incorrectly reported that Marlin Briscoe was the first Black quarterback to play in a Super Bowl. The story has been updated with the correct information.