The second season of the hit Shondaland show follows Lord Anthony Bridgerton, reuniting viewers with the period drama they fell in love with last year.

Get ready to reunite with Lady Whistledown! The second season of Bridgerton is just weeks away, and Netflix has dropped an official trailer for the highly anticipated installment following Lord Anthony Bridgerton.

Bridgerton, the addictive period drama from Shondaland, took the world by storm when it premiered on Netflix on Christmas Day 2020, quickly becoming the biggest show the streaming service had ever released at the time. The first season specifically followed Daphne Bridgerton (Phoebe Dynevor) and her steamy romance with the Duke of Hastings, played by Regé-Jean Page. The second season will center on the Duke’s brother-in-law, Anthony Bridgerton (Jonathan Bailey), as he sets out to find himself a wife.

The trailer wastes no time reuniting viewers with the Bridgerton family, as Anthony bursts onto the scene eager to find his true love. In Season Two, fans will meet the Sharma Family. 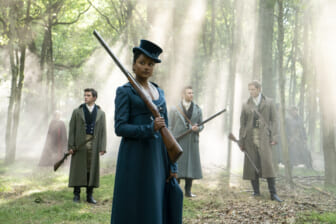 In addition to being an engaging period drama, Bridgerton gained recognition for its diverse casting. Season Two seems to be continuing this trend with the Sharmas, a dark-skinned Indian family, joining the cast of characters.

Per the season description from Netflix, “Anthony’s search for a debutante who meets his impossible standards seems ill-fated until Kate (Simone Ashley) and her younger sister Edwina (Charithra Chandran) arrive from India.” While Anthony begins to court Edwina, his relationship with her older sister Kate becomes strained as she discovers his true intentions. “Kate and Anthony’s verbal sparring matches only bring them closer together,” the description continues, “complicating matters on both sides.” 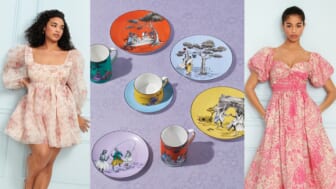 The trailer also brings back Lady Whistledown, whose true identity was revealed to the audience at the end of the first season. Queen Charlotte, played by Golda Rousheuvel, vows to unmask the gossip columnist at the end of the trailer.

Check out a teaser below that promises a season of love, romance and scandal: