After months of anticipation, They Call Me Magic, the Magic Johnson docuseries on Apple TV+, has dropped an official trailer for what is described as a four-part documentary “event.”

As TheGrio previously reported, Apple TV+ announced the upcoming series following the Lakers basketball legend last fall. In the press release at the time, the series was said to, “explore the remarkable accomplishments and global impact of Johnson’s life, both on and off the court.”

If the new trailer is any indication of the show to come, the series will do just that, diving into various aspects of Johnson’s monumental career and life. 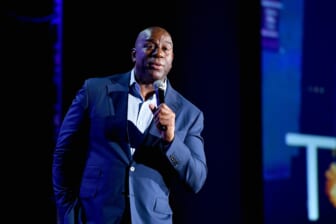 The trailer begins tracking his ascent from college star as one of the greatest NBA players of all time. With appearances from celebrities like Samuel L. Jackson, to fellow players like Dwyane Wade and Shaquille O’Neal, the clip breaks down just how influential Johnson was, inspiring an entire generation of ballplayers to come.

In the clip, O’Neal says, “I learned how to smile because of Magic Johnson.”

The series also details Johnson’s HIV+ diagnosis and how he helped to shift the conversation in its early years. President Barack Obama states in the trailer, “Magic becomes a role model for those who are also afflicted with the disease.”

Michael Jordan, who played alongside Johnson on the 1992 Olympic “dream team,” also appears in the series and shares in the trailer that Johnson, “drove me to be a better basketball player.”

The latter half of the trailer then shifts focus to Johnson’s various activist and community efforts. “If you don’t make a difference in the Black community that doesn’t matter that you win championships,” Johnson says. 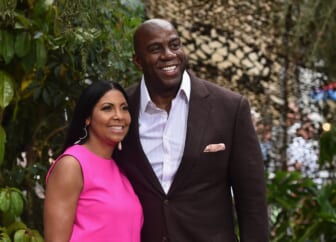 They Call Me Magic drops Friday, April 22, on Apple TV+.