Jo Marie Payton on ‘Family Matters,’ says she was ‘very hurt’ when TV daughter was written out

Some of the cast from the popular sitcom reunited at a 90s convention in Connecticut.

In a recent appearance, Jo Marie Payton, who played Harriette, on Family Matters, opened up about the classic sitcom, a potential reboot, and how she really felt when they wrote out Judy Winslow, her character’s youngest child.

From 1989 to 1998, Family Matters cemented itself as one of the most popular sitcoms of the time. A Perfect Strangers spin-off, the series followed the Winslow family, Steve Urkel, and more for almost an entire decade.

At 90s Con in Hartford, Connecticut, during the weekend, some of the cast reunited, including VelJohnson (Carl Winslow), Darius McCrary (Eddie Winslow), Kellie Williams (Laura Winslow), and Payton. 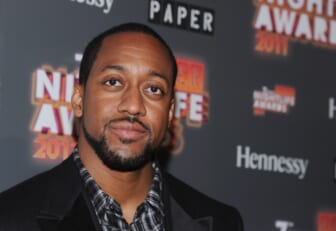 Also Read:
Jaleel White says he was ‘not welcomed at all’ to ‘Family Matters’ cast

During their panel, cast members were asked whether or not they would consider doing a reboot of the series and return to playing their classic characters, People Magazine reports. Payton made it very clear that should that opportunity arise, she would only do it if they wrote her youngest child, played by Jamiee Foxworth, back into the show. Revealing that she was “personally hurt” by the creative decision, she told fans at the convention, “Don’t think for a minute that we did not go in.”

She continued, “When I mentioned it to the producers, I said you guys need to tell me something that is not only creative, but also politically correct to straighten out this situation because there’s nowhere in the world a family … You gave me three kids, you took away my baby. If you had taken away my oldest child, we could have always come up with [various excuses in the episodes] that she was at the mall or with her friends.”

She added, “You took away my baby, and when I asked you, ‘Why did you take away my baby girl?’ you said, ‘Nobody would notice.'”

“The worst feeling in the world for a parent is not to know where your child is, so if [a reboot were to happen], and Judy comes back, I will do Family Matters again,” she shared.

Williams also spoke to Payton’s “love and passion” for her coworkers on the series. “I just want you guys to take in that amount of love and passion. I mean, y’all always asking … That’s what it was! That kind of love, that kind of compassion, that kind of mothering — and fathering — it was a real thing. You feel it? She meant every word of that!”

Check out images from the convention, which featured reunions of the casts of Family Matters, Sabrina the Teenage Witch and more, below: