Smith dedicated his speech to Venus and Serena Williams, as well as Aunjanue Ellis, his costar in "King Richard"

With just weeks away from the Oscars, Hollywood is deep into awards season—one of its busiest times of the year. Sunday night’s Critics Choice Awards celebrated the best in television and film from the past year.

Oscar nominees Will Smith and Ariana DeBose, current frontrunners in their respective categories, won big during the ceremony. 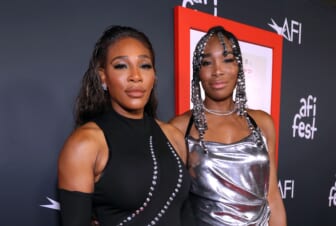 King Richard is one of the most talked-about films of the year. Smith’s performance earned him various nominations and awards, and on Sunday night, he added a Critics Choice award to the list. In his speech, Smith acknowledged Venus and Serena Williams, who were there to support the film based on their father and the early days of their careers.

He added that Venus and Serena “define the American dream” before dedicating a section of his speech to their mother, Oracene Price (played by Aunjanue Ellis in the film.

“I love that we were able to show what your mother did to help create and mold and shape your family,” he added.

Ariana DeBose, who has been praised for her turn as Anita in West Side Story, took home Best Supporting Actress on Sunday evening.

She dedicated much of her speech to Rita Moreno, who originated the role of Anita in the first West Side Story and has a role in the contemporary version.

DeBose explained, “You made space for me to thrive beside you. I am not in front of you, I am not behind you, I am beside you and that is the greatest gift that you could have ever given me.”

Check out the entire winner’s list, including categories for film and television, below:

BEST PICTURE
The Power of the Dog

BEST DIRECTOR
Jane Campion – The Power of the Dog

BEST ADAPTED SCREENPLAY
Jane Campion – The Power of the Dog

BEST CINEMATOGRAPHY
Ari Wegner – The Power of the Dog

BEST HAIR AND MAKEUP
The Eyes of Tammy Faye

BEST ANIMATED FEATURE
The Mitchells vs. the Machines 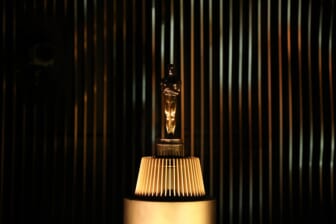 BEST ANIMATED SERIES
What If…? (Disney+)