The bill, HB 1354, creates clearer guidelines and standardizes compensation for those wrongfully convicted of crimes.

On Tuesday, the House of Representatives in Georgia cleared the way for a bill that would give exonerated former inmates $50,000 to 100,000 for each year they wrongly spent in jail, according to The Atlanta Journal-Constitution.

The bill, HB 1354, which would also appoint a panel to analyze the compensation requests of those wrongfully convicted and set guidelines to determine who would qualify for payments, passed with a bipartisan vote of 157 to 11. It must now be passed by the state’s Senate.

In Georgia, exonerated former inmates must formally ask government officials for compensatory damages, and, The AJC reported, its complicated process was largely impacted by political dynamics that led to their requests being routinely shot down.

Now, state legislators are taking steps to make sure to simplify those steps and ensure greater overall fairness.

“When exonerees come out of prison, they often have nothing. No job. No home. No reentry services to help them,” Rep. Scott Holcomb, the bill’s lead sponsor, told the newspaper. “I believe the vast majority of Georgia taxpayers would see this as an important issue of justice.” 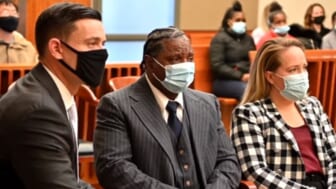 Various states have vastly different rules when it comes to compensating its wrongfully convicted inmates. One notable case in Missouri is that of Kevin Strickland, who was exonerated in November after he spent 43 years in prison for murder.

Because his conviction wasn’t overturned by DNA evidence, he was not able to receive payment from his state. He had to open a GoFundMe page, which has now raised over $1.7 million dollars.

That same month, in North Carolina, Montoyae Dontae Sharpe was released after 24 years spent behind bars for murder. It was determined that a key witness lied on the stand, and because Sharpe was pardoned by the governor, he was eligible to receive $750,000 for his wrongful conviction.

Bills like the one in Georgia could help create clearer guidelines for those wrongfully incarcerated and set them up for success, rather than failure, in a more standardized way. Instead of turning to the public via platforms like GoFundMe and relying on government officials to make proper policies, many former inmates would be compensated directly by the system that denied them justice.

“No piece of legislation,” Clare Gilbert, executive director of Georgia Innocence Project, told The AJC, “can give back the years taken from people who have suffered the tragic consequences of imprisonment for a crime they did not commit.”