From a highly anticipated thriller starring Regina Hall to the new version of Cheaper By the Dozen starring Gabrielle Union, theGrio has the 5 things you must watch over the weekend.

Since it first premiered at Sundance, we’ve been telling you about Master, the exciting new film starring Hall. The film debut from writer and director Mariama Diallo, Master takes place on a college campus and fuses sharp horror with biting social commentary.

TheGrio‘s own Cortney Wills, who saw the film at Sundance, shared in her review, “It’s smart, daring and incessantly accurate in its representations of racism and should satisfy an audience primed by some of its more innovative predecessors like Get Out. The exaggerated realities hammer in the points this story is determined to make with sometimes-clunky dialogue that requires viewers to lean in and listen up.” 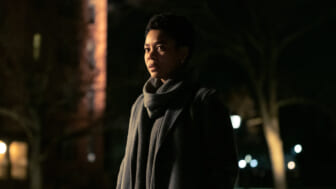 Master is available to stream on Prime Video.

Cheaper By the Dozen

Over a year after it was originally announced, Cheaper By The Dozen starring Zach Braff and Union is finally on Disney Plus, just in time for the weekend. The film, like its original iterations, is based on the semi-autobiographical account of Frank Bunker Gilbreth, Jr. and Ernestine Gilbreth Carey in a book by the same name.

The film, co-written by Black-ish creator and writer Kenya Barris, is described as “fresh take” on the franchise. The official description calls it a “funny and heartwarming story of the raucous exploits of a blended family of 12, the Bakers, as they navigate a hectic home life while simultaneously managing their family business.”

Comic book fans are in for a treat now that DMZ officially dropped on HBO Max. Based on the comic book series of the same name, the series comes from Ava DuVernay and Ernest Dickerson. Viewers will be delighted to see Rosario Dawson in a lead role, as well as Freddy Miyares, who fans may remember from DuVernay’s other acclaimed miniseries, When They See Us.

In a recent interview with NBC News, Dawson opened up about the series and her character Alma, stating, “She has to figure out what is her way of claiming her space and making her mark in a way that can be respected in a world that seems to only respect violence and power.”

Check out the trailer for the series below:

If you’re a fan of Big Mouth, you have to check out Netflix’s latest animated comedy series to hit the streaming service this week. Human Resources is a spin-off of the hit series and introduces viewers to even more hormone monsters, which are featured in the original series.

The voice talent in this series is also particularly impressive with Maya Rudolph returning as Connie the Hormone Monster from Big Mouth, and Keke Palmer, Andy Bryant and Brandon Kyle Goodman joining in roles.

Watch the hilarious trailer below: 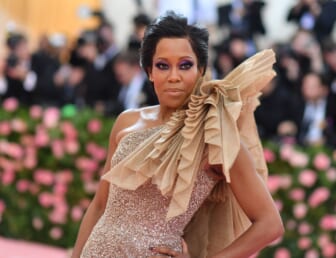 Also starring Keke Palmer, Alice is the actress’ latest film, in which she stars alongside Common. The project, written and directed by Krystin Ver Linden, follows Alice (Palmer), an enslaved woman in rural Georgia who upon escaping suddenly realizes it is actually 1973. “Rescued on the roadside by a disillusioned political activist named Frank (Common), Alice quickly comprehends the lies that have kept her in bondage and the promise of Black liberation,” the synopsis explains.

Palmer opened up to theGrio about the story, telling us, “I feel like it’s very 2022 for many reasons…Black people are dynamic. We are not a monolith. Making sure that our representation especially as it pertains to our history is robust, is important because all of us didn’t have the same mentality.”

Watch Palmer and Common’s comments on the series below: