African music icon Miriam Makeba’s life was defined by duality. She was a proud South African who embraced both her heritage and Black American culture but didn’t feel completely accepted in either place. Like so many people of the diaspora, she lived between two worlds while feeling alienated from both.

Known best for “The Click Song” and “Pata Pata,” the woman dubbed Mama Africa left a rich musical legacy only eclipsed by her activism against apartheid and Jim Crow.

Like Makeba, Somi’s life follows a similar polarity. She’s the daughter of African immigrants but has called America home for most of her life. As a Grammy-nominated jazz vocalist, she balanced her singing ability and songwriting talent to tell stories that straddle the cultures of Africa and New York City.

Somi was greatly influenced by Makeba and planned to record a cover album as a tribute following her death. However, she wanted to explore Makeba’s life more expansively.

Somi drafted a stage play that fully represented the depth and complexity of Makeba’s experience and influence. After nearly a decade of preparation, she premiered Dreaming Zenzile in early 2022, along with a tribute album, Zenzile: The Reimagination of Miriam Makeba earlier this month.

The album features superb renditions of “House of the Rising Sun” and “Pata Pata,” as well as guest appearances from Gregory Porter, Angélique Kidjo, and Ladysmith Black Mambazo.

Born in Illinois to Rwandan and Ugandan parents, Somi says Makeba’s music was so ubiquitous, she can’t even remember the first time she heard her.

Somi spoke with theGrio about the journey of exploring Makeba’s life and how she conceived Dreaming Zenzile without any prior theater experience.

“I think my parents introduced me to her music at some point and she’s just always been a part of my life’s soundtrack, if you will,” Somi told theGrio. She says that Makeba helped her embrace the trans-Atlantic side of herself as an artist. “She gives me the courage to lean into a more holistic representation of who I am, culturally and otherwise, ” she said.

After reading Nina Simone’s autobiography and learning more about their friendship, Somi began connecting the dots on Makeba’s connection to American music and culture.

“That’s when I realized so much more about her approximation to jazz. So much more about the spaces that she was moving through in the upper echelons of politics and culture in this country specifically,” Somi said.

“And then obviously learning about that kind of erasure, a very efficient, swift cultural erasure that happened when she married Stokely Carmichael, whom, as you know, was one of the leaders in the Black Panther Party. And so, as a result, there has been this sort of sustained silence.”

After Makeba died in 2008, Somi originally set out to record a tribute album with new arrangements of Makeba’s music, even hiring a dialect coach to help her with pronunciation and translation. However, it slowly became clear to Somi that she had to embody the essence of Mama Africa in a fuller way.

“What I realized is that the storytelling, the story of her life, I should say, would demand a different kind of dimensionality, a different type of journeying.” 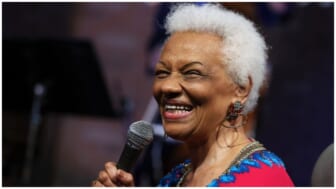 With albums like 2014’s Lagos Music Salon and 2017’s Petite Afrique, Somi perfected the art of storytelling through music, using the album format to convey a nuanced narrative. Doing theater was the next logical step.

“What I love about theater is the actual world-making that shows up with the design,” she said. “The costumes, the lights, all of the things [that] allow people to step into that world and participate in the conceit that we are inside of that world.”

It took Somi seven years of writing dialogue and music to bring Dreaming Zenzile to life before she could start casting and doing virtual rehearsals during the COVID-19 pandemic. It premiered in January in New Jersey and Massachusetts. Somi calls it a “multi-disciplinary cultural memory project.”

With her album release performance at the Apollo on March 19 and plans to bring Dreaming Zenzile to the New York Theater Workshop this summer, Somi hopes to keep Makeba’s memory alive and inspire others to discover more about her legacy. 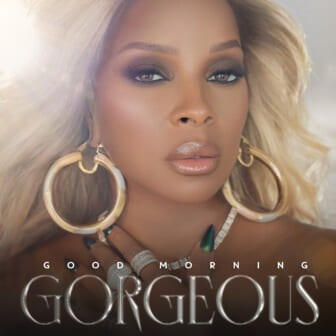 She also wants fellow musicians to use their art with greater intention.

“As an artist, it’s about how we use the platforms we’re given responsibly,” Somi said. “How can we talk about real issues? How can we use our voice to give voice to the people who don’t have a platform…those who don’t get to go and stand at a microphone in front of all kinds of people and really speak our hearts? And so, for me, she was an example of that and continues to be.”