The Grammy-nominated lead singer of The Internet will release 'Broken Hearts Club' on April 22.

Syd, Grammy-nominated singer/songwriter, producer, and engineer has announced that her sophomore solo album, Broken Hearts Club, is dropping next month. Ahead of the release, The Internet lead singer unveiled a new song and video from the album, “Could You Break a Heart,” featuring Lucky Daye, on Friday.

Broken Hearts Club will be released on April 22, via Columbia Records. The 13-track project will follow a narrative that finds Syd navigating the ups and downs of a relationship from start to finish. 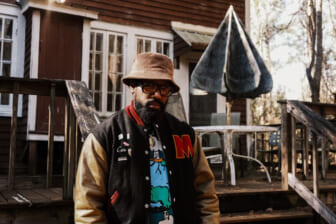 “The album is about a relationship I had that ended in my first real broken heart. It almost felt like I joined a club because all of my friends went through similar experiences,” Syd said in a statement.

“It was like a rite of passage. I started writing the album on the relationship when I was in love. You’re really getting the whole journey from the beginning to the end. I want people to find it beautiful. It’s super vulnerable, sentimental, and it’s soft. There’s touching moments and a couple of dark moments.”

“Could You Break a Heart (stylized as “CYBAH”),” is a bass-driven mid-tempo track, with splashes of guitar swirls and slides, and sparse tom-tom drum hits. Together, Syd and Daye ask if a new love interest will be true or not. “CYBAH” follows three previously released singles from Syd, “Missing Out,” “Fast Car,” and “Right Track,” all of which are included on Broken Hearts Club‘s tracklist. 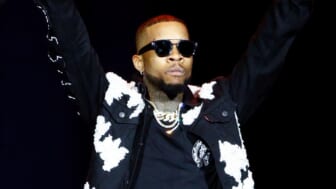