Worshippers at dawn prayer in a suburb of Toronto tackled and subdued a 24-year-old man who allegedly entered their mosque and attacked people with bear spray on Saturday, according to local police.

Peel Regional Police said the man walked into the Dar Al-Tawheed Islamic Centre in Mississauga, Ontario, and allegedly “discharged bear spray towards people in the mosque while brandishing a hatchet″ just before 7 a.m.

Speaking on behalf of the mosque, Nadia Hasan of the National Council of Canadian Muslims said a group of about 20 men were praying when the man sprayed them.

“Some of the men turned around and they very bravely decided that they were not going to let him attack them,″ she said. ”They tackled him to the ground and apprehended him until the police showed up.″ 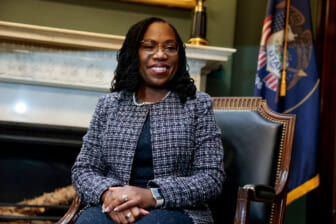 Mohammad Moiz Omar of Mississauga has been arrested. Police say they’re considering “all possible motivations″ for the incident, and charges are pending.

Police said the congregants received minor injuries as a result of the bear spray.

“People are obviously quite shaken up and are recovering,″ Hasan said. ”For the most part, folks are still processing what’s happened and are trying to kind of see how they can ensure that their communities remain secure.″

Canadian Prime Minister Justice Trudeau condemned the attack, calling it “incredibly disturbing” in a tweet. “I strongly condemn this violence — which has no place in Canada — and I’m keeping the community in my thoughts today.

“I also want to applaud the courage of those who were there this morning.″

Premier Doug Ford, meanwhile, said, “There is NO place in our province for such evil and hateful acts. We must ensure those responsible are brought to justice.″