"Trevor never asked the Grammys to ban Kanye from performing," said an insider.

Trevor Noah has reacted to Kanye West being removed from the lineup of performers at this year’s Grammy Awards.

Shortly after West was banned from Instagram for 24 hours for airing out his grievances about ex-wife Kim Kardashian and new boyfriend Pete Davidson, he was dropped as a Grammys performer, per Entertainment Weekly.

West was set to hit the stage along with previously confirmed performers Olivia Rodrigo, BTS, Billie Eilish, Lil Nas X with Jack Harlow, and Brothers Osborne, among others. Noah, who is hosting this year’s Grammys ceremony, reacted to the news of West’s removal from the lineup in a tweet on Sunday, writing, “I said counsel Kanye not cancel Kanye.”

His response comes days after the Daily Show host clapped back at that hip-hop star for calling him a “c**n” in a post that prompted Instagram to temporarily boot Ye off the platform for violating its policy against bullying and harassment.

As previously reported by theGrio, Ye fired off the racial slur after Noah weighed in on the rapper-producer’s treatment of Kardashian. In an extended Daily Show clip on Tuesday, Noah noted that “Kanye has become more and more belligerent in how he tries to get Kim back.”

“You may not feel sorry for Kim because she’s rich and famous, because she appropriates Black culture … but what she’s going through is terrifying to watch and shines a spotlight on what so many women go through when they choose to leave.”

Noah noted that he sees “a woman who wants to live her life without being harassed by an ex-boyfriend or an ex-husband or an ex-anything.”

Ye has been silent since the Instagram ban and has not reacted publicly to news of being dropped as a performance at this year’s Grammys. He’s nominated in five categories, including Album of the Year and Best Rap Album for Donda.

A source close to Noah told CNN that he had nothing to do with West’s performance being canceled by the Recording Academy, which produces the Grammys. 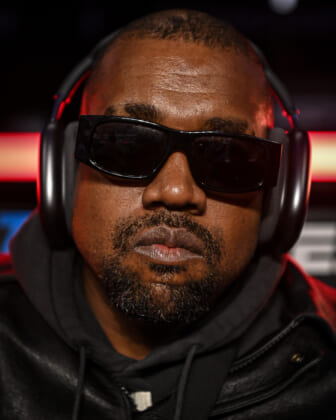 The 64th Annual Grammy Awards will air live from the MGM Grand Garden Arena in Las Vegas at 8 p.m. on April 3.