West was banned on Instagram for 24 hours after violating the platform’s hate speech policy when he called Noah a “K**n."

Kanye West has been banned on Instagram for 24 hours for violating the platform’s bullying and harassment policy, a move made after he called The Daily Show host Trevor Noah a “K**n”.

As reported by People, Ye fired off the racial slur after Noah weighed in on the rapper-producer’s treatment of former wife Kim Kardashian. Speaking in an extended Daily Show clip on Tuesday, Noah noted that “Kanye has become more and more belligerent in how he tries to get Kim back.”

Noah went on to address some recent examples of West’s disturbing behavior, specifically about West taking aim at Pete Davidson, Kardashian’s alleged boyfriend, and suggested that the rapper should seek professional mental help.

“What’s weird about the situation is Kanye West has told us that he struggles with his mental health, so I get it,” Noah shared. “You want to have art as therapy, but here’s what’s weird. What Kanye doesn’t understand is that what we’re seeing is … it makes you uncomfortable.”

He continued: “There’s an element of a woman saying to her ex, ‘Hey, please leave me alone.'”

“It touches on something that is more sensitive and more serious than people would like to admit,” Noah noted. “I see a woman who wants to live her life without being harassed by an ex-boyfriend or an ex-husband or an ex-anything.”

The comic acknowledged that Kardashian loves publicity, but he compared Ye’s belligerent mistreatment of her following their split to his own mother getting shot by Noah’s stepfather.

“Do we wish to stand by and watch a car crash when we thought we saw it coming?” he asked aloud, wondering, “If Kim Kardashian cannot escape this, then what chance do normal women have?” 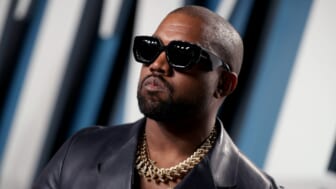 Following the post, West was suspended by Instagram for 24 hours after violating the platform’s policy on hate speech, TMZ reports. During his timeout, the hip-hop star will not be able to post or make comments.

The suspension is also in response to Ye’s pearl-clutching posts attacking Davidson and comedian D.L. Hughley. 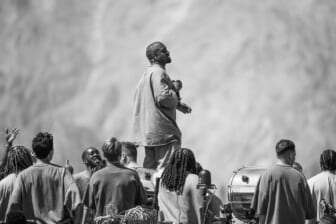 Also Read:
When will the cult of Ye stop absolving the troubled genius?

“There are few artists who have had more of an impact on me than you Ye. You took samples and turned them into symphonies. You took your pain and through the wire turned it into performance perfection,” he wrote, according to TheWrap.

“Don’t ever forget,” Noah added, “the biggest trick racists ever played on Black people was teaching us to strip each other of our Blackness whenever we disagree. Tricking us into dividing ourselves up into splinters so that we would never unite into a powerful rod. ✊?”